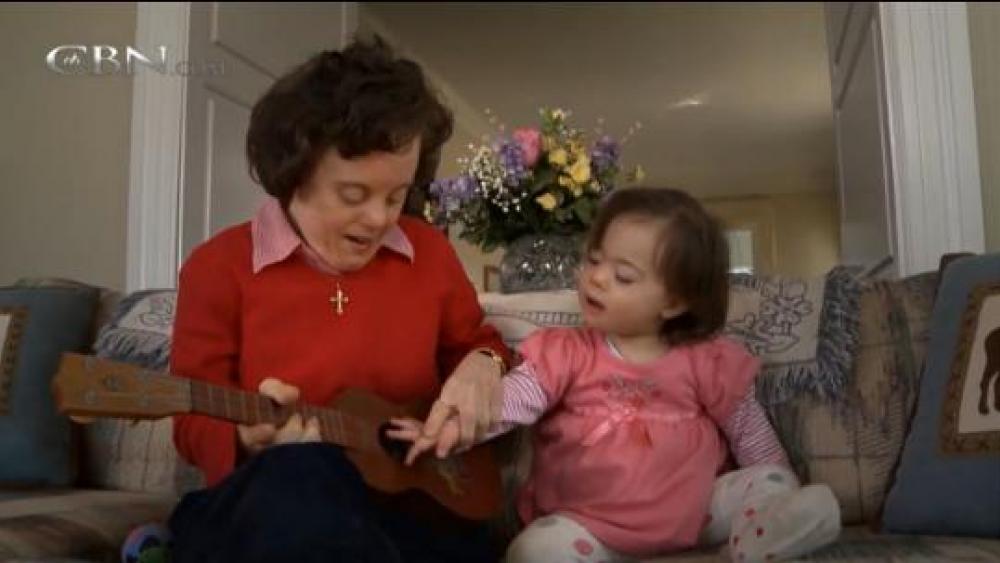 Thanks to medical advances and support systems, people with Down syndrome can live richer, fuller lives than ever before. Even so, prenatal testing and even doctor recommendations can lead parents to end these lives before they're born.

Until now, pregnant women who wanted to know if they carried a baby with Down syndrome had to wait about 17 weeks and risk a miscarriage to learn the answer.

Today, there's a faster, safer way to find out. All it takes is a simple blood test as early as nine weeks into the pregnancy. Unfortunately, that leads to far more decisions about whether to abort.

Down syndrome is a genetic condition in which a person has an extra chromosome and, as a result, has some mental and physical disabilities. For every 10 expectant mothers who are told their baby has Down syndrome, eight choose to abort that child.

Denise Bassett was about to be one of them.

"I had trusted in God, and I believe in God, and I counted on Him for everything," she said. "But I was starting to think what if He made a mistake, and maybe I needed to do something about that."

She had signed the abortion papers. Then, at the last minute, Bassett called a pregnancy crisis hotline and spoke with Cherry Jensen.

"Medicine is not an exact science, which we all know," Cherry pointed out. "And no one can predict the potential of a child."

As it turns out, Cherry's daughter, Jenny, has Down syndrome. At age 33, Jenny has accomplished much more than doctors said she ever would.

"You look at this child, that to me, that God has given you, and you unwrap the gift that He's given you," Cherry said of her daughter. "It may not be wrapped in the kind of paper you expected, but that does not diminish the gift."

Jenny herself says she knows her life has purpose: it's to glorify God.

"I do believe that God is using me in so many ways," Jenny declared.

Jenny says God uses her to spread love to many people. As a hospital volunteer, she is a vital link between the patient and the healthcare staff.

Dawn Koenig is a registered nurse who works with Jenny.

"The patients love her. She's kind; she's caring," Dawn smiled. "We never have to ask her to do something twice; she never forgets a thing."

Jenny also takes care of kids at the YMCA. Her boss, Ed Lee, says she's like a ray of sunshine to the children, their parents and her co-workers.

"I know Jenny personally," he said, "and a lot of times we sit in my office and talk about faith in Christ, and it comes right from that. She is a big-hearted Christian. She loves the Lord and it's evident in how she lives her life."

It was Jenny who helped stop Denise's abortion. Jenny's mother, Cherry, convinced Bassett to postpone her decision until she met Jenny.

"When Jenny prayed over the food," Denise recalled, "I realized the love she has for God, and during the conversation she touched my arm, and I felt it was God speaking to me through her, saying not to be afraid and trust in Him again."

With that, Denise decided not to abort her child.

"God gives life," she said. "It's not your decision to take it."

Months later, Denise had her baby -- a little girl named Abby -- and is so glad she did.

"My daughter is so beautiful!" Bassett exclaimed. "She was born with no heart problems, no kidney problems, no leukemia; she's more advanced than what I ever thought she would be."

Bassett says God has opened all kinds of doors to provide for her and Abby. And as you can imagine, two of their dearest friends are Cherry and Jenny, who helped pave the way.