Does the New Petra Discovery Hint at Biblical Prophecy? 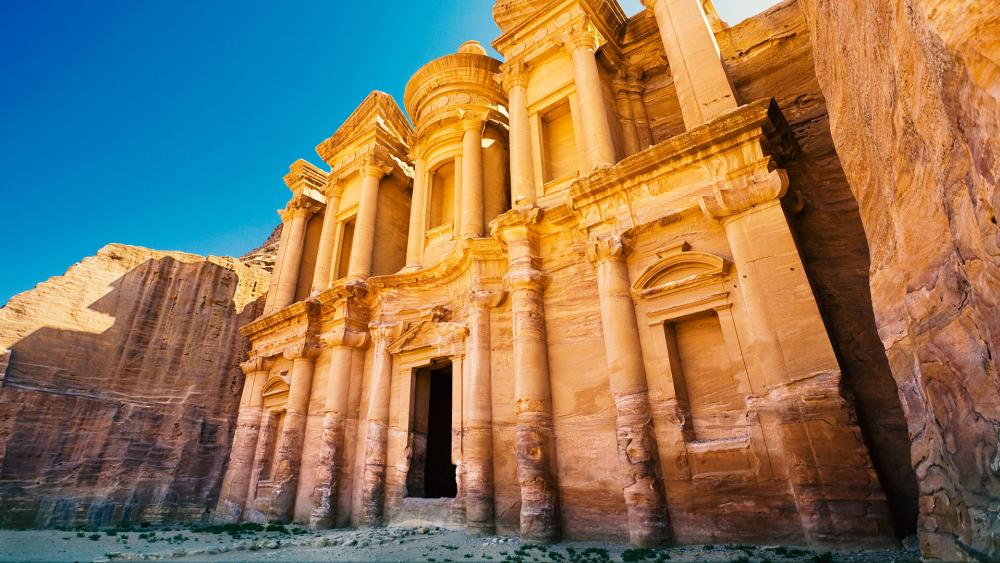 You've most likely seen this famous, ancient site in movies like "Indiana Jones and the Last Crusade" and "The Mummy Returns."

Biblical prophets like Daniel and Isaiah and even Jesus spoke about the monumental structure at Petra in connection to end time prophecy.

Now, archaeologists have discovered an enormous platform has been hiding in plain sight near this amazing place in Jordan.

Using Google Earth, high satellite imagery, and drones, archaeologists Sarah Parcak and Christopher Tuttle were able to locate and observe the long-hidden edifice, which consists of a 184-by-161-foot platform that encloses a slightly smaller platform within.

The interior platform has a small 28-by-28-foot building centered on the top that opens to the east. Along the east side it appears the structure was lined with a row of columns that once supported a monumental staircase.

According to a study recently published in the Bulletin of the American Schools of Oriental Research, the structure sits only about a half mile south of the ancient city's center. It is roughly as long as an Olympic-size swimming pool and twice as wide.

However, it is still unclear what the structure's function was.

"The enormous platform has no known parallels to any other structure in Petra," archaeologists say.

Petra draws hundreds of thousands of visitors from across the world every year because of its link to biblical prophecy.

The Bible identifies Bozrah (Hebrew), or Petra (Greek), as one of the significant areas during the end times. Prophetic passages like Micah 2:12 and Isaiah 63:1-6 describe the area of Petra in Jordan as the place where Jews flee when the Antichrist begins persecution. It is where they remain safely protected by God during the Great Tribulation.

The message spoken by the prophets are even echoed in Matthew 24:15-16 when Jesus warns, "when you see the abomination of desolation spoken of by the prophet Daniel, standing in the holy place (let the reader understand), then let those who are in Judea flee to the mountains."

The good news is that according to the book of Daniel, Jordan is the one place the Antichrist will not be able to overcome.

"He will enter the glorious land of Israel, and many nations will fall, but Moab, Edom, and the best part of Ammon will escape," Daniel 11:41 says.

Moab, Edom and Ammon are all in Jordan. In fact, Ammon which is now known as Amman, is the capital and most populous city of Jordan.

Although it's uncertain what the newly discovered structure near Petra was used for or if it will serve any purpose in the future, one thing is sure: hundreds of thousands of tourists visit Petra, Jordan, each year.

One day, as these prophecies indicate, it may very well be a large group of Jewish refugees making the trip to these iconic buildingshewn from the red sandstone.