Is it Possible to Change Sexual Orientation? 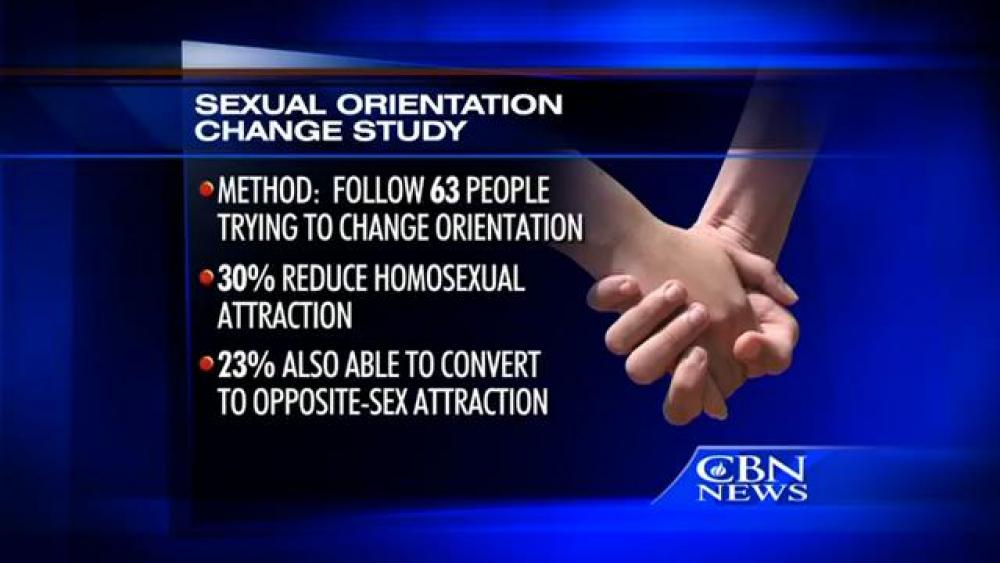 New research shows it's possible for an individual to change sexual orientation, challenging recent claims from the American Psychological Association that even attempting to change can be harmful.

Former homosexual Rich Goddard can relate to the scientific debate of whether or not people who are attracted to the same sex can change.

New research on the question says yes, change is possible.

Yarhouse and Stan Jones of Wheaton College followed 63 people who tried to change their sexual orientation with the help of Christian ministries.

After six years, 30 percent of that group reduced their homosexual attraction enough to achieve celibacy without distress.  Another 23 percent were also able to convert to opposite-sex attraction, marking a total of 53 percent being able to change their mindset towards sexual orientation.

"I think our study raises that question again," Yarhouse said.  It says, 'Well wait a minute.  Here's a change effort, sustained over time, and there's a pretty significant percentage of people for whom this was helpful.'"

The APA told CBN News it had no one available for an interview and referred us to its recent report, which calls for more research.

On that count, Yarhouse agrees that a full body of research is needed.

"Our study shouldn't be taken to mean that anybody can change or everyone can change," he explained.  "It does look like it's difficult."

Yarhouse said those who struggle with same-sex attraction don't have to form a gay identity.  They can choose an identity in Christ and then work on changing their attractions.

For many people of faith like Goddard, the support of their church is critical to change.