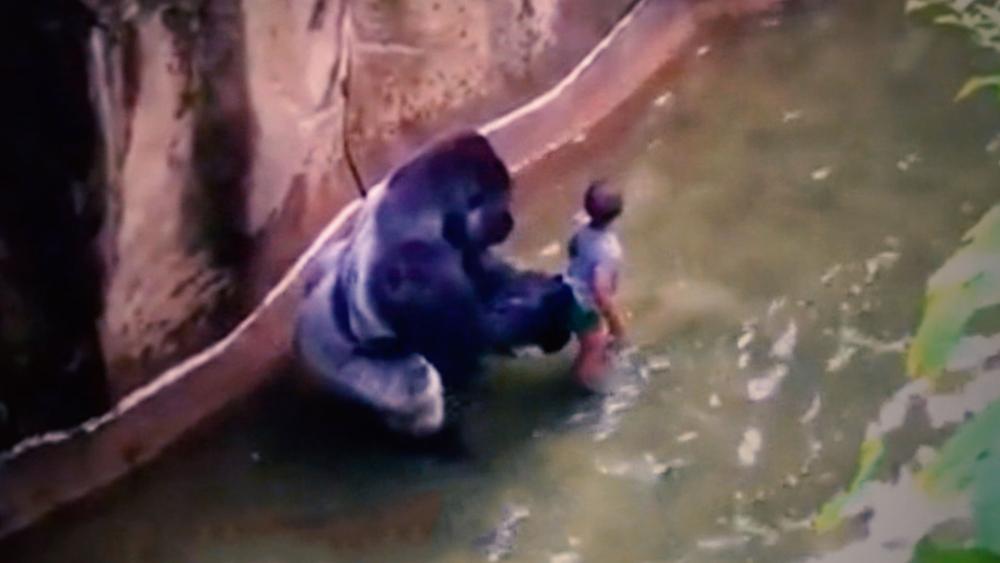 The parents of a 4-year-old boy who fell into the gorilla exhibit at the Cincinnati Zoo are thanking God for their son's safety.

"We are so thankful to the Lord that our child is safe," the parents said in a statement. "He is home and doing just fine."

On Saturday, the boy slipped into a zoo habitat, coming face-to-face with a 400-pound silverback gorilla named Harambe. Video shows the gorilla appeared both protective of the boy and aggressive, violently dragging him through a shallow moat.

Dozens of animal rights activists held a Memorial Day vigil at the zoo in remembrance of the gorilla. Many have criticized the zoo for killing Harambe, but zoo officials continue to defend their decision.

"That child's life was in danger. We stand by our decision and we'd make the same call today," Thane Maynard, director of the zoo, said.

Maynard said the gorilla was agitated and disoriented with the commotion from the crowd after the boy's fall. He noted that Harambe could crush a coconut in one hand and could have easily killed the child.

Jack Hanna, host of "Jack Hanna's Into the Wild," also defended the zoo's action, saying that after watching video of the ordeal, he's convinced the child would not have survived.

"I'll bet my life on this," Hanna told WBNS-TV. "That child would not be here today."

Authorities say the boy crawled over a barrier before plunging into the gorilla's enclosure. Although some animal rights activists have criticized the child's parents, Cincinnati police say they're not considering any charges against the them.

The People for the Ethical Treatment of Animals (PETA) says the zoo should have had better barriers for the gorilla habitat.

Meanwhile, Maynard says a review is underway to determine what steps the zoo can take to make it safer. The current barrier separating zoo visitors from the exhibit has been in place for 38 years.