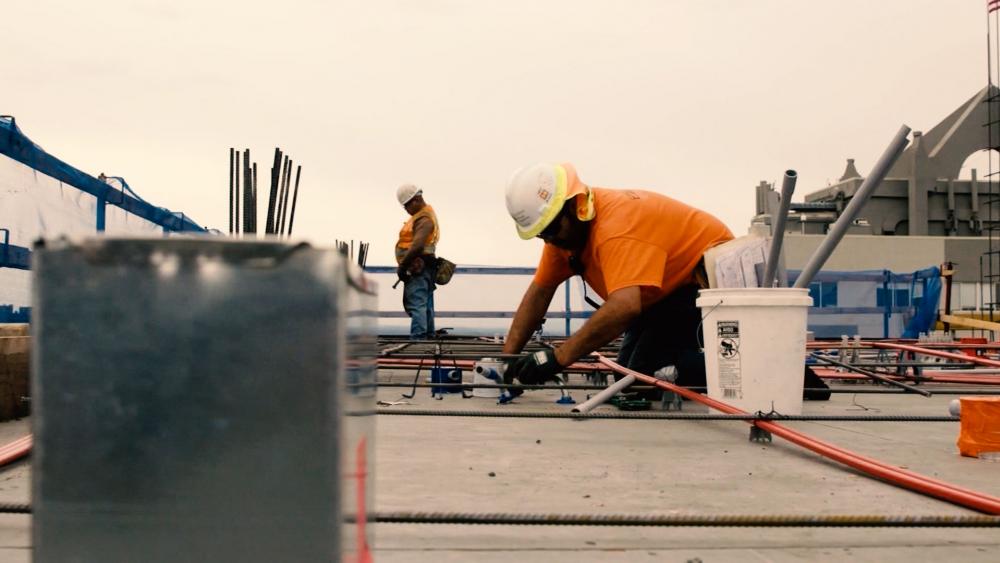 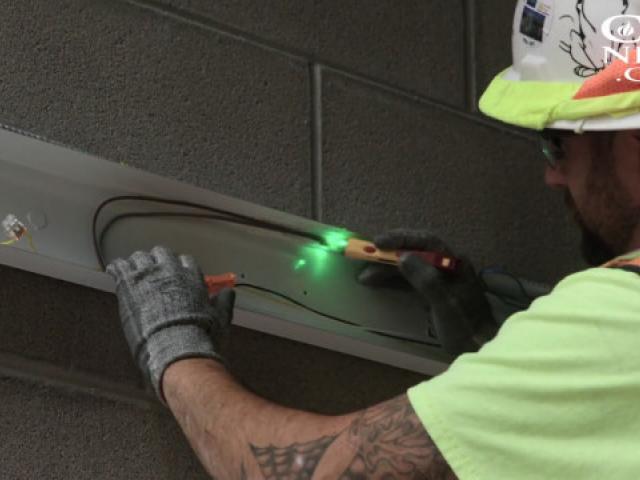 DENVER – Finding a job can be difficult for people with a criminal record. But one Colorado business gives people who have turned their lives around a second chance.

There are obvious sights and sounds with electricians wiring a new building, but the not-so-obvious thing going on here is the wiring of new lives, and people getting their second chance.

Karla Nugent is the co-founder of Weifield Electrical Contracting.

Her company not only caters to its customers, but it also gives former convicts another chance to get back on their feet with a job.

She says that no one is perfect, but that her business focuses on workers' future rather than their past.

"I think it's how I am wired! It's part of my faith. None of us are perfect. We've all made choices in the past that we look back in the past and say I would have done that differently," Nugent said. "So I think we are always looking forward and looking for the best in people and believing in them. We want to build a place where people care about each other and it's a community that no matter what has happened in the past we can move through that and get to a better place," she explained.

Drug Addicts Gets Clean – and Get a New Start

The company has changed many of the workers lives, like Scott Ammon, who was doing methamphetamine on a consistent basis for three years before he recovered and started work at Weifield.

"I was doing cocaine, pretty much anything I could get my hands on – which eventually along down the lines many years later, about 10 years later when I found meth and was completely habitual about that and stopped doing everything and that's all I did for three years," he said.

He credits the company for saving his life and is now a journeyman electrician at the Weifield group.

"The money is very good but you have an opportunity to help build infrastructure of the community you live in. I've worked on lots of schools, hospitals," Ammon said.

Another worker said he was addicted to meth as well before he found the Weifield group.

"I was a meth addict for about 20 years," said Curt Andersen.

"I'd probably be in a prison cell honestly somewhere and without Peer One – I would definitely be in prison."

Andersen says he was able to get a second chance thanks to Weifield.

"They took a chance on me and let me in the program and pretty much reprogrammed me to be functional in society and trust Lord and trust myself and fight the addiction everyday just believe in myself that I can do it," Andersen said.

Living Out Her Faith in the Workplace

Nugent has been very successful so far, not only did she get people back on their feet after a rough past, but the Denver Business Journal named her Corporate Citizen of the year as well as the Outstanding Woman in Business.

"It's why I work here for, it's what gets me excited, it's what connects me to people, I want to be known as a woman of faith and living that in the work place," Nugent said.

CEO of Weifield, Seth Anderson says they are in the same boat as their convicts, that they need Jesus just as much to run the company as well as their spiritual lives.

"We're the same way, I mean we wouldn't be in the position we are if it wasn't for Jesus in our lives and how that helps us push through things and just know and I got my Bible promise book in my drawer so every time I have to quote a verse or something like that I like that whether it's anger, sad, frustration I got all the little points that I can I can point to – that all helps to get to the next level," he said.

When most of us flip on a light switch we don't give it a second thought, but Anderson says after ten years, it is good to look at the good that has been done for others.

"Here it is I am coming, coming up on 10 years and it's good to look back after the dust settles and see all that has been accomplished and to see other people doing well."