Faith Leaders Stand in Prayer as Violence Continues in Charlottesville 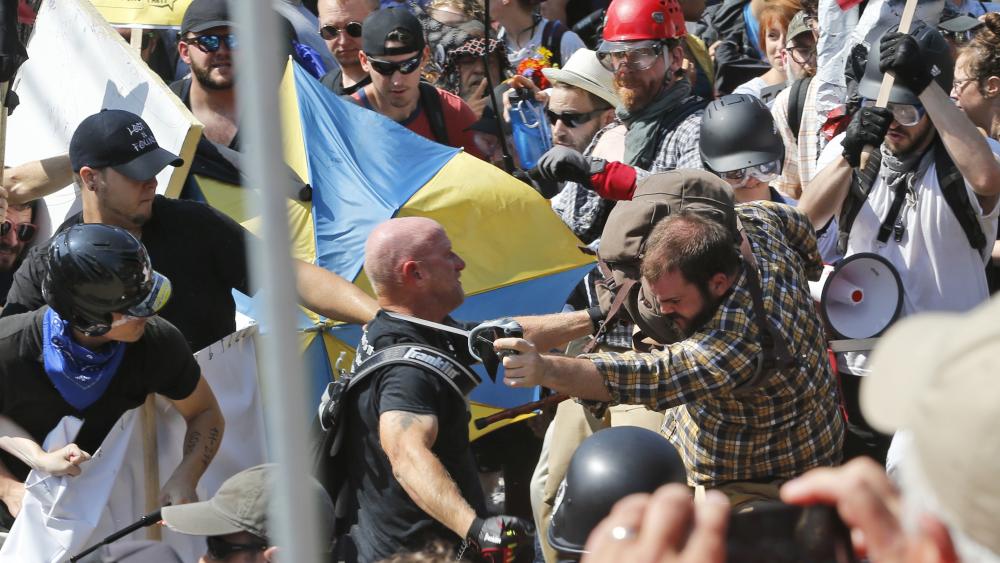 Charlottesville resident Heather Heyer was killed when a car allegedly driven by James Alex Fields Jr., rammed into a group of protestors.

Members of what’s known as the Alt-right Movement and white supremacy groups clashed with counter protestors throughout the course of the weekend.

Those counter protestors included members of the Charlottesville community, Black Lives Matter, University of Virginia students and the faith community.

Those officers were members of Virginia Governor Terry McAuliffe’s detail.

“It was tough yesterday, after I left here to drive to the Bates home and to see those two beautiful children, whose dad is not coming home, ever again,” said McAuliffe.

It was a somber mood in downtown Charlottesville at the scene of the crash.

A steady stream of people stopped by to pray and pay their respects.

Each visitor that spoke with CBN News had one message; this type of violence, racism and hatred is not welcome in Charlottesville.

Faith leaders around the city said they have been preparing for yesterday’s events since May.

“We began planning before the July 8 rally with daily prayers in Justice Park. How we were going to be present on that day, which was gathering for prayer and marching to the site and singing and just holding space, barring witness to the violence that had come to our town,” said Pastor Elaine Ellis Thomas, Associate Pastor of St. Paul’s Memorial Church.

Pastor Elaine is a part of a larger group of clergy who visited the park every single day, praying over the park and the people of Charlottesville.

St. Paul’s sits directly across from the violent outbreaks that occurred Friday night.

She and other members of the faith community were gathered together for a prayer service when they got word they should stay inside the building.

But that didn’t deter her or the other members from taking to the streets again Saturday to pray and sing in the midst of chaos.

She said despite the tragedy, instances like this have given pastors a chance to reach people on all sides.

“The coming together of various groups of people who normally don’t have a lot to do with each other has a power to transform the narrative, so we had clergy groups who meet together, but we also have a very vibrant activist community, Black Lives Matter showing up for racial justice,” she said.

“Other groups that are working in their way for justice. Often it feels like the way we go about that does not coincide with each other,” she continued.

“The truth of the matter is all of these people, no matter what methods they are employing… they all need prayer and pastoring as well,” she said.

And that message of prayer is slowly making its way through the city and past the violence.

Even still, Pastor Elaine warned this weekend is just the tip of the iceberg, for a city and a country on edge.