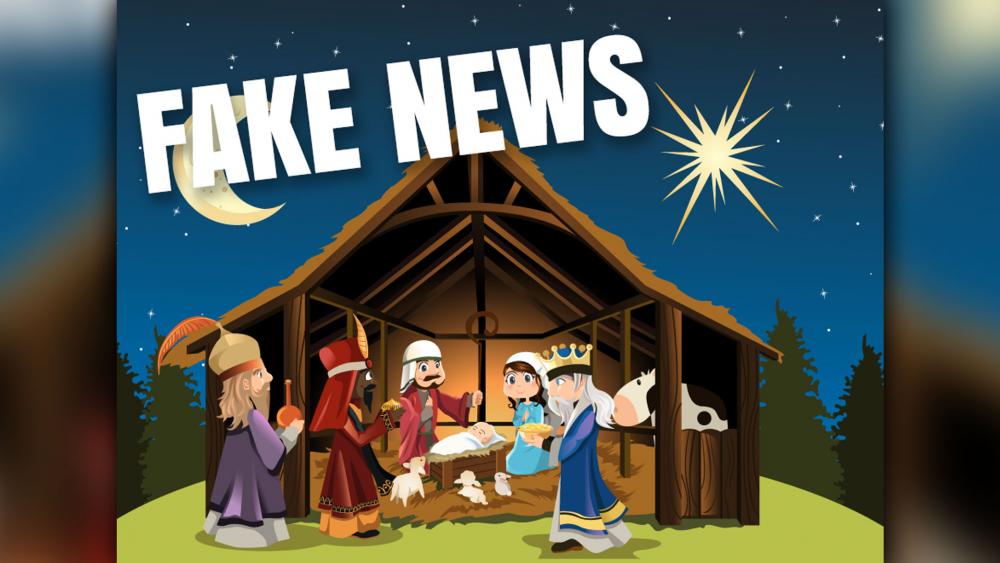 The signs were put up by the group American Atheists. One billboard features a manger scene and encourages people to skip church, calling it the original 'fake news.'

Another advertises the American Atheists national convention in Oklahoma City, depicting the Oklahoma City skyline with Santa's sleigh flying overhead and says, "Just like Santa Claus, the Atheists are coming to town!"

The billboards in New Mexico and Texas are the "Fake News" design. The Oklahoma market said that design was too "controversial," so we did the "Atheists are comin' to town" design there instead. pic.twitter.com/jOJIXh6r54

"Everyone knows that the stories we're told in church aren't the truth," said David Silverman, president of American Atheists.

"People ignore that fact because they enjoy the community, the friendship, and the traditions that go along with religion. But we're here to tell them that churches don't have a monopoly on any of that. There's a fantastic and vibrant community of atheists all across the country creating their own traditions and lifelong friendships," he continued.

On Twitter, American Atheists said they had pitched another billboard idea but it was deemed to be too controversial and an "attack."

We also pitched the design from a few years ago with Santa saying it was okay to skip church, just be good for goodness sake. That was also deemed to be too controversial and an "attack." pic.twitter.com/zj3XgDl9W6

The Billboards will be up for the month of December in Albuquerque, NM., Dallas-Ft. Worth, TX., and Oklahoma City and Tulsa, OK.