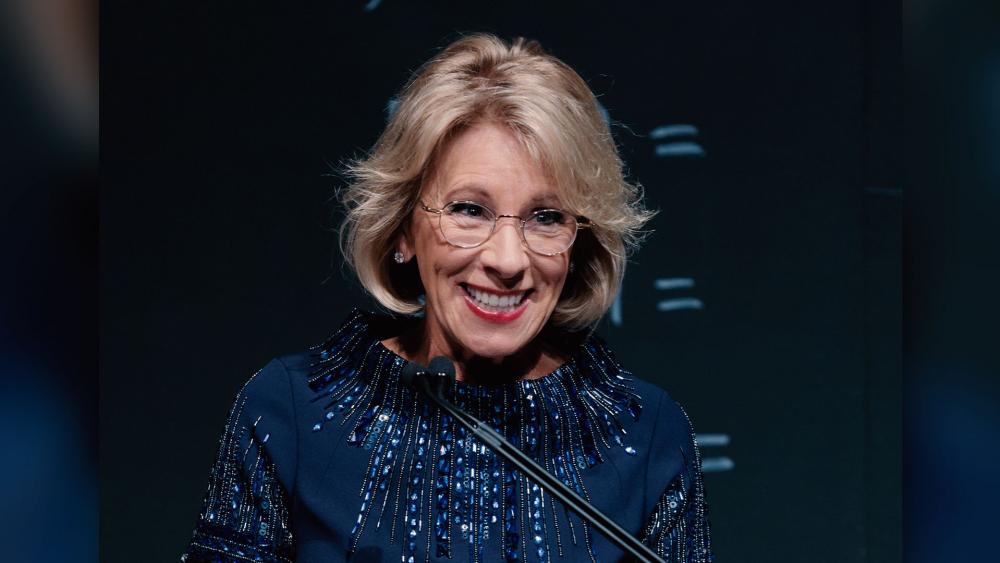 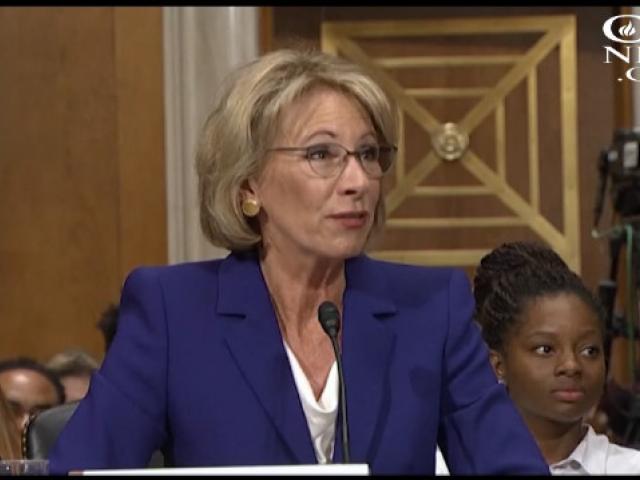 GRAND RAPIDS, Mich. -- In Grand Rapids, Michigan, friends of Betsy DeVos say she's more than qualified to serve as Secretary of Education, despite her critics' attacks to the contrary.   After her confirmation hearing Tuesday in front of the Health, Education, Labor and Pensions (HELP) Committee, DeVos is waiting for clearance from the Office of Government Ethics, which is investigating potential conflicts of interest. A full Senate vote is needed for her confirmation.

Principal John Booy met DeVos nearly 30 years ago when she first visited the private K-12 Christian school he leads. The Potter's House opened in 1981 to serve children  in a low-income neighborhood. Their only educational choice at the time says Booy: a public school ranked third lowest in the state.

DeVos has since credited The Potter's House with drawing her into the school choice movement. She told Philanthropy Roundtable in 2013, "while we were at the school we met parents who were doing everything in their power to have their kids in an environment that was safe, where they were learning and where the atmosphere was just electric with curiosity, with love for one another."

Education: Civil Rights Cause of Our Time

She and her husband Dick soon came to realize the great sacrifice that many Potter's House parents were making to pay the private school tuition, even on a sliding scale. Booy says the conversations were instrumental for the couple, "I think that really helped Betsy and Dick come to see education as one of the civil rights causes of our time," he said.

He added, "I think a lot of times you don't choose your calling, your calling chooses you and so I'd have to say that I feel like that calling chose her. I believe that God just arranged circumstances in her life that this became an overriding passions of hers."

Father Robert Sirico has been a family friend of Betsy and Dick DeVos for many years as well.  He describes her as an orthodox, evangelical Christian whose priority is her faith in Jesus. DeVos graduated from Calvin College, a Christian Reformed school in Grand Rapids, and has served on the elder board at the nondenominational Mars Hill Bible Church.

Sirico says DeVos has cultivated friendships over the years with people from all backgrounds and is known for her compassion. "There's a deep sensitivity," he told CBN News, "to those who have not had the privilege she's grown up in."

DeVos is known in many circles as a billionaire philanthropist.  She is the daughter of the wealthy businessman Edgar Prince, the founder of Prince Corporation, an automobile parts supply company.  She married Dick DeVos, one of the heirs to the Amway Corporation. For years, she and her husband have actively donated to Republican politics and a variety of conservative and educational causes.

Since her early years with the Potter's House DeVos has gone on to become a national leader in the school choice movement, leading the Alliance for School Choice, American Federation for Children and the Great Lakes Education Project. Dr. Neal McCluskey, director of the CATO Institute's Center for Educational Freedom, says it's what she's known for.  "What she wants is for people to have money attached to their children and to be able to attend the school of their choice," he told CBN News.

That view explains, he says, why so many are opposed to her nomination. "The one thing you're most afraid of if you're part of an education monopoly—which most public schools are—is that someone will be able to leave that monopoly and take their money with them," he said.

The school choice movement aims to give parents more influence over where their child is educated and provide them with options other than just the public school in their neighborhood. It includes scholarship tax credit programs, voucher programs where eligible students receive state funding that can be spent at eligible private schools and independent public schools known as charter schools. Dozens of states currently offer school vouchers or tax incentives for education and ten states allow parents to choose the public school they want for their child.

Teachers unions are the most vocal opponents of school choice. They fear businesses profiting from private schools, an under-regulated environment and a loss of funding for public schools. They've labeled DeVos as anti-public education. Sirico says that view is incorrect. "I don't know that Betsy is ideologically lock step against all public education. I think she's against failing education," he said, adding "public schools are not the end.  They are the means to an end. The end is the education and proper formation of children."

DeVos's opponents also fear that she'll impose her Christian beliefs on the country's education system but McCluskey points out that's the opposite of school choice. "What she's really asking for is that religious people, non-religious people—all people—simply have a choice of the education they get for their children so that we don't all have to fight over a single system to decide whose values will be imposed on everyone," he said.

DeVos currently has the votes needed to win confirmation in the Senate. What's not clear—how the attacks she's endured will affect her ability to lead and to what degree she'll be able to lead the country towards greater educational freedom for parents and children.