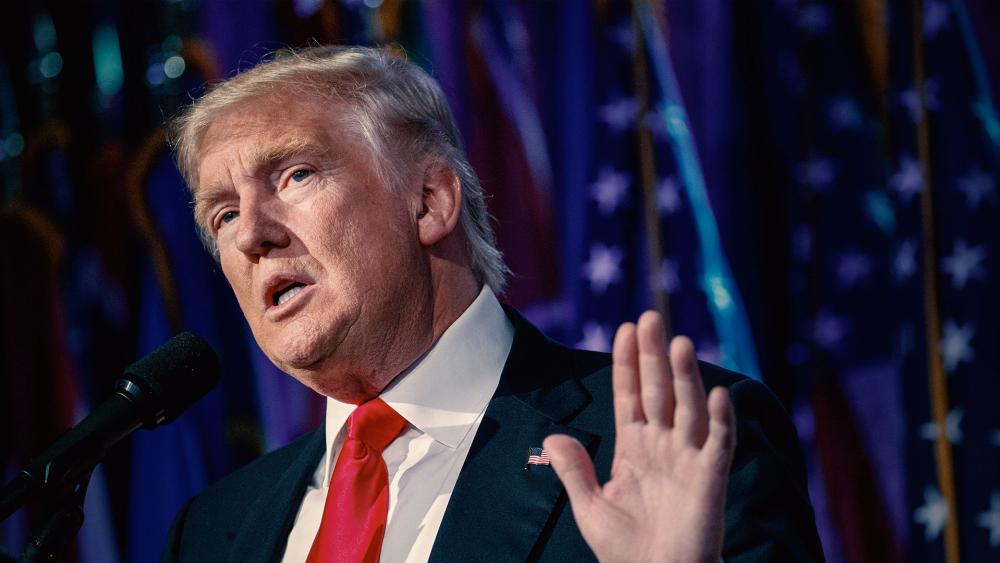 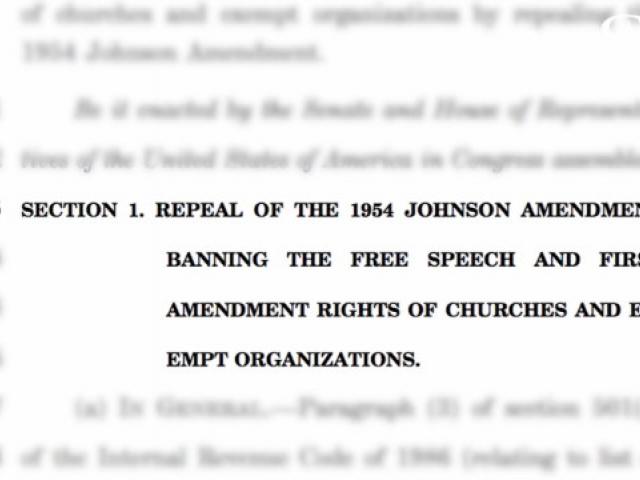 Donald Trump made many promises to evangelicals during his campaign.

"One of the absolute first things I'm going to do is work on totally knocking out the Johnson Amendment," Trump told a room full of evangelical pastors back in August.

The Johnson Amendment forbids non-profits and churches from engaging in politics--and now that Trump is the president-elect, lawmakers and lobbyists want him to take action.

"2017 is going to be the year it goes," said Jay Sekulow, Chief Counsel of the American Center for Law and Justice.

Long-time opponent, Congressman Walter Jones, has already introduced a bill calling for the Amendment's repeal this term--a move taken by Jones each year since 2001 when he first noticed the IRS monitoring people of faith during the 2000 election.

"It's kind of like big brother, listening to what the minister, or priest or rabbi might be saying," Jones said.

This controversial law has restricted political speech from the pulpit for years.

Senator Johnson Introduced it in 1954. It was an election year and two Texas non-profits supported his primary opponent. He proposed the law denying tax exempt status to any 501c3, including houses of worship, that influence or intervene in political campaigns.

"It was a totally spiteful Amendment passed by Lyndon Johnson in a very destructive way and I think that it weakens the influence of religion in America and I think America is a much better place when we're reminded that God is central to what we are doing," said Former Speaker of the House, Newt Gingrich.

Supporters say the Amendment prevents churches from becoming super pacs, but critics like Jay Sekulow call it a threat to freedom of speech.

"The Johnson Amendment basically was a muzzle on the First Amendment rights of churches," he explained.

Sekulow argues the purpose of the IRS is to collect revenue for the general treasury, but this Amendment turned it into the speech police.

"All this is doing is restoring the free speech rights to churches where it already belongs," Sekulow said.

Gingrich says people who would like to see the amendment go need to take action now.

"Everyone who is watching us should write to their Congressman and their Senators in support of repealing the Johnson Amendment," said Gingrich.

Advocates hope that an outcry will convince the Trump administration to return true freedom of speech to churches and other non-profits.