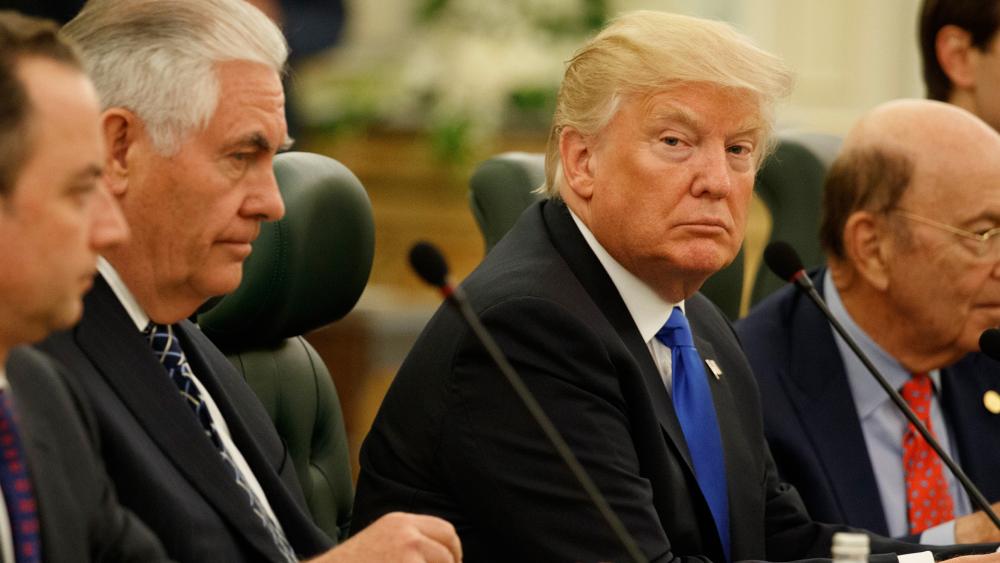 The President posted a picture of the signing ceremony on his Instagram account, realdonaldtrump, calling it the "largest single arms deal in U.S. history."

The United States will be providing Saudi Arabia, a key U.S. ally in the Middle East, with a vast array of weaponry.  Saudi Arabia promises to fight the same entities the Unites States considers enemies such as Islamic terror networks and North Korea, but primarily Iran.

The United States will be providing defense equipment and other weapons support to not only Saudi Arabia, but also to other allies in the Persian Gulf region.

This is all the fulfillment of a campaign promise in which then-candidate Donald Trump vowed to bring other countries into the fight against terrorism. The President said the United States shouldn't have to bear the burden alone, and that the U.S. cannot, and should not, be the world's police officer.

Several major fighting items will be going from the United States to Saudi Arabia and other Gulf allies as part of the multi-billion dollar deal.  Those include combat ships, radar technology, tanks, missile defense systems and cybersecurity technology.

The new deal will require an uptick in American production, providing tens of thousand of new jobs in the the U.S. defense industry, according to the White House.

Saudi Arabia is the first stop of President Trump's so called "World Religion Tour," where he will meet with leaders from the three main world religions: Islam, Judaism and Christianity.  On Sunday, he'll remain in Saudi Arabia where he'll meet with dozens of Muslim leaders to discuss ways to defeat ISIS and other terrorist cells in the Middle East.   Then the president will travel to Israel. Next he'll go to the Vatican to meet with the Pope.  After that, he'll fly to Brussels, to meet with NATO allies, and finally head to Sicily for a summit with the Group of 7 wealthy nations.

Upon his arrival in Riyadh, Saudi Arabia, President Trump received a warm welcome.  King Salman shook the president's  hand and military jets flew overhead.  First Lady Melania Trump, who accompanied her husband at the arrival ceremony, raised some eyebrows for her appearance.  She chose to wear slacks in the ultra-conservative Muslim nation and refused to cover her head, as is often the custom.