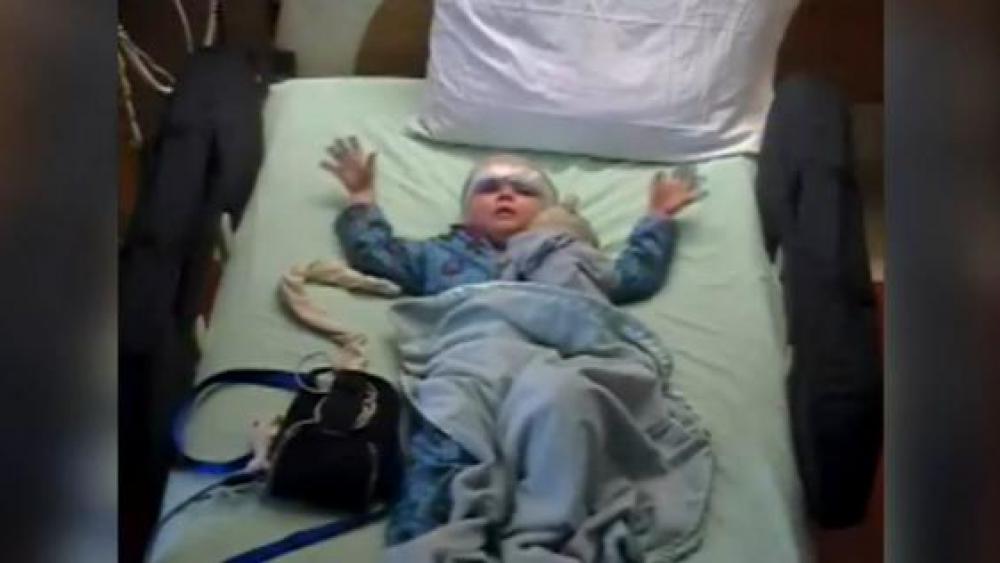 His family's strong and a unique medical diet is what saved the young boy's life.

"Last November he basically stopped talking and walking and he started losing all of his skills," Max's mom, Kristine Irvine, recalled.

"There were times when I prayed to God to either make him better, or take him home," his father, Troy Irvine, added. "Because I just couldn't stand to see him going through what he was going through. There were many times when I asked God to give it to me."

Max seemed to be in perfect health until his seizures began at age 2. His doctor offered little hope.

"He told us that our son would be mentally challenged the rest of his life and that all we could do was put him on a bunch of good strong medicines," Troy said.

"He was just miserable. And we, a lot of times prayed, we didn't even know what to pray for," Kristine said. "Some days people would ask us and we'd say pray for a miracle"

The Irvines brought their son to the world-famous Mayo Clinic in Rochester, Minn., and joined forces with Dr. Elaine Wirrell, who specializes in child epilepsy.

Wirrell kept Max on his usual medication, but also added a "ketogenic diet," which was 80 percent fat - an unconventional choice even within the medical community.

"We think it probably stabilizes the nerve cells themselves. By using the high fat, it stabilizes the energy level in the brain, and helps the seizures," Dr. Wirrell explained. "There's also some evidence that certain types of fats, polyunsaturated fatty acids, are good for the brain."

However, the diet plus medicine combo was only slightly better than medicines alone.

"We were kind of noticing patterns in the day when things would be worse for seizures, for his behavior, and it was usually right after taking his medication," Kristine said.

So, the Irvines decided to take Max off his medication and try the experimental diet alone. Dr. Wirrell agreed and the results were miraculous.

"He started to talk that night and I'll never forget it, to hear his little voice again, he said, 'Daddy's at work,'" Kristine recalled. "He was talking and I just remember crying, thinking I heard his voice again and I never knew if I would hear his voice again."

That was more than a year ago and the diet continues to heal Max's brain.

His typical breakfast includes a lot of butter, bacon, oil and a small amount of fruit. And although it is food, for Max it's more like medicine, and needs to be weighed and administered very carefully.

In the body, a ketogenic diet mimics starvation and was even the basis for the popular Atkins diet.

"In the Bible, in Mark 9, it talks about a father who brought his son to see Jesus because the son was having seizures, and Jesus told him the only way to heal him is through prayer and fasting. And fasting is actually what the ketogenic diet does to your body," Troy said. "So we truly believe what Jesus told that man to do for his son is what we have done for our son."

Dr. Wirrell believes the diet is the only thing that cures epilepsy, compared to pharmaceuticals that merely treat the symptoms.

In addition to epilepsy, the ketogenic diet is being considered as a healing agent for other types of neurological disease. There's been preliminary work to examine whether it's helpful for people with brain cancer. However, it is not recommended for improving the brain functions of healthy individuals.

Kristine developed a Web site to teach other parents the ins and outs of the ketogenic diet.

"There are so many people that we owe so much to-- that have helped us," she said. "And now we're kind of on the other end of it helping other people."

Meanwhile, Max is slowly being taken off the diet without any side-effects.