On Thursday, six U.S. and South Korean soldiers received medals for their response to help a North Korean defector who made a daring escape across the border dividing the two countries.

On Nov. 13, the defector was gravely wounded when other North Korean soldiers opened fire in an effort to stop him. He ran to the South Korean side of the Joint Security Area then fell behind a short wall out of sight of the North Korean troops.

Two South Korean soldiers crawled behind the low wall and dragged him to freedom.

Gen. Vincent Brooks, head of United Nations Command and U.S. Forces Korea, awarded the soldiers an Army commendation medal "in recognition for their efforts" in rescuing the defector, during a ceremony at Camp Bonifas.

"Your actions resulted in saving the defector's life and de-escalating an incident that threatened the 64-year-old armistice," the citation read.

The ceremony took place in front of the soldiers' comrades before the entire command sat down to have Thanksgiving dinner at the base's dining facility.

The dramatic scene was captured on closed-circuit television footage released Wednesday by the United Nations Command.

The UNC said the North Korean military violated the armistice that ended the 1950-53 Korean War by shooting across the border and in one case, a North Korean soldier temporarily crossed it.

The defector remains hospitalized, but doctors said he is slowly recovering.

More than 30,000 North Koreans have defected to the South since the war ended.

Watch the presentation of medals below. 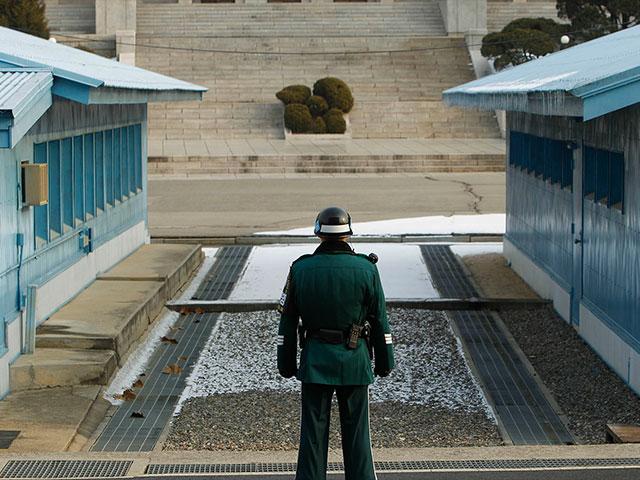