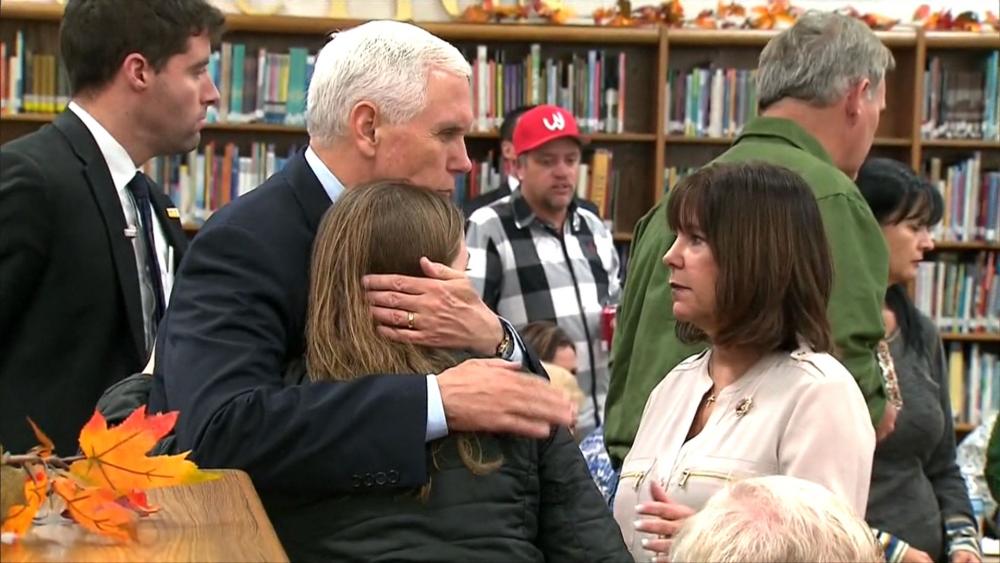 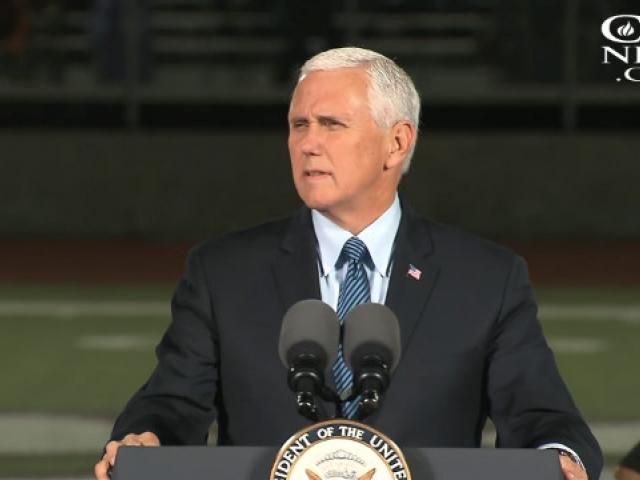 Vice President Mike Pence told those mourning the loss of life at First Baptist Church in Sutherland Springs, Texas that their testimony of Christian love is inspiring the nation.

Pence and Second Lady Karen Pence attended a vigil in Texas Wednesday for those killed.

The couple sang along to the worship song "Good, Good Father" before offering words of comfort.

"The Bible tells us that God is close to the brokenhearted, and that will be our prayer for you," Pence said.

We mourn with those who mourn, and we grieve with those who grieve, but we do not grieve like those who have no hope – for our faith, and our heroes, give us hope. #SutherlandSprings pic.twitter.com/uX1uZAhMpj

Before the prayer vigil he and Texas Governor Greg Abbott visited with the wounded. Pence had to hold back tears when he recounted one of the victims offering prayers for him.

"Whatever animated the evil that descended on that church last Sunday at the attacker's desire to silence their testimony of faith, he failed," Pence said. "The voice of faith, the witness of faith in that small church in that small town now echoes across the world."

Governor Abbott declared this Sunday a day of prayer across the state of Texas.

"Whenever things that occur beyond explanation there's only once source that has the answers and that's God Almighty," Abbott said.

He told members of the community that when he was injured and lost his ability to walk, God was with him every step of the way and encouraged them not to lose faith.

"I believe with all my heart as long as we remember that we are one nation under God indivisible with liberty and justice for all that God will yet bless America," Pence concluded to applause.