A little known pro-life group has been thrust into the spotlight after its members were kicked out of a Seattle coffee shop. The reason? The owner said he found the group’s agenda offensive.

"We wanted to bring the truth of the Gospel to that city," said Caytie Davis, with Abolish Human Abortion. "We were just there to spread the word and to pass out leaflets and put stickers up and get into good conversations with people."

Yet, the group’s main goal was to stand up against "the evil of abortion," Davis told CBN News.

That message didn’t sit well with Ben Borgman, the owner of Bedlam Coffee.

While sipping coffee and enjoying a break from their activities, Borgman demanded they leave as he waved one of their pamphlets at them calling it as offensive.

"Tell all your [expletive] friends don’t come here!" demanded the owner, who also told the group he was gay.

Jonathan Sutherland, another member of Abolish Human Abortion, recorded the exchange on his cell phone capturing the entire dispute which escalated quickly.

"I'm gay. You have to leave!" Borgman insists at the start of the recording.

Video of his vulgar, expletive-laden diatribe has gone viral.

According to the Washington Times, the owner defended himself, accusing the group of planting its anti-abortion material inside his shop:

"They were ready with that camera," Borgman wrote. "I was baptized Catholic, Roman Catholic actually. I’ve been to a few Bible studies, read the entire book more than once. To my understanding, and to speak in the religious vernacular, these people are working for Satan. The great trickster has deluded them into believing that hate is love, that rage is peace, and that lies are truth. The God I knew, the Jesus I was taught about would absolutely never ever print a poster with a hideous dead baby representation at ‘what was clearly meant to insinuate’ at the hands of gays."

The group insists no one passed out literature inside the shop and told CBN News a store employee may have retrieved a flyer outside and given it to his boss.

"It didn’t seem like we were being offensive in any way," Davis explained. "We weren’t passing out literature in his store or talking to people."

"We weren’t horribly surprised at the reaction that we got in the incident," Sutherland added. "We are sort of received that way wherever we go."

Members describe themselves as abolitionists defending the unborn. They said they weren’t protesting gays or gay businesses and insist the rainbow theme was connected to its Biblical meaning as described in the book of Genesis – not to disparage an icon now popularly associated with gay pride and culture.

"The image of the rainbow we used because it’s a symbol of God’s mercy," Sutherland explained. "It’s his mercy and patience to remind us that God is good – that God is merciful."

The video comes as the U.S. Supreme Court has agreed to rule on a case involving the state of Colorado and Jack Phillips, who owns Masterpiece Cakeshop. The five-year legal battle started when Phillips refused to bake a custom cake for a gay wedding.

While the high court is set to hear a host of other discrimination cases pitting LGBT rights against religious liberty, Davis and Sutherland told CBN News they have no interest pursuing legal action against the coffee shop owner for now.

"I definitely don’t have any interest in suing for emotional damages," Sutherland said. "The good that has come out of this is that it exposes the intense hypocrisy that is sort of embedded especially in the state of Washington, but other places around the United States, where discrimination is allowed for some people and not others."

Davis and Sutherland agreed that they don’t harbor any ill will against Borgman nor do they wish his business any harm.

"We certainly don't want to do anything out of vengeance or personal pride," Davis explained. "We would hope that though we may not have changed his mind by anything we said in the moment, that something that we said would really stick with him – that he would be convicted by this whole thing and that he would turn to Christ."

EXCLUSIVE: Attorney General Sessions Tells CBN’s Faith Nation Christian Cake Bakers Have A “fundamental right and ought to be respected” 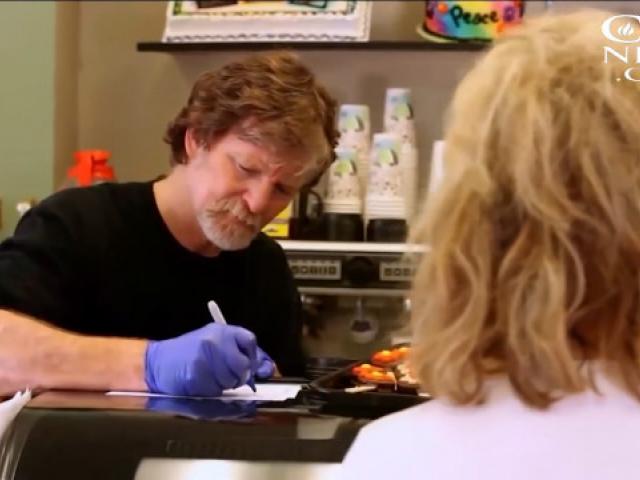