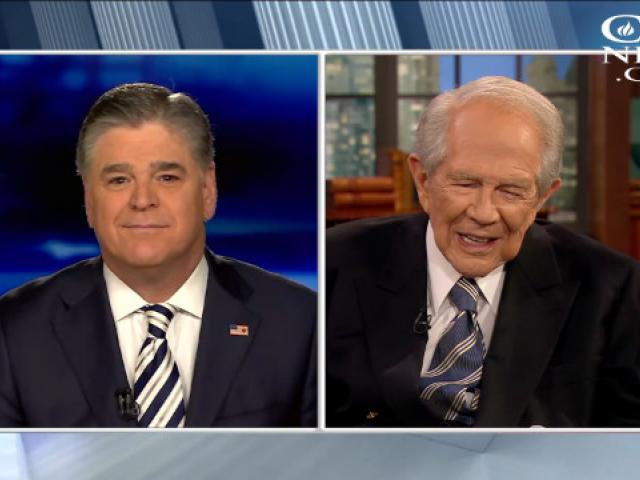 Should Congress Cancel Vacations? Sean Hannity Blasts Senate for 'No Sense of Urgency'

Fox News host Sean Hannity says there's no sense of urgency in Congress to get anything done.

Appearing on CBN's The 700 Club Tuesday, Hannity told host Pat Robertson he doesn't know what the Senate is doing, but they certainly take a lot of vacations to get away from it.

"They are gone for most of July and most of August. They even had a vacation this past week. You know what's missing?  A sense of urgency," Hannity said.

"All of my life, whether I was a dishwasher at 12, a cook at 13, whether I was in construction or in my 30th year of radio broadcasting and 23rd year of my television show, I have a sense of urgency that I have to do my job," he continued.

Hannity pointed out that there are more than 280 bills passed by the House that the Senate hasn't even reviewed yet.

"The Senate has not even taken up the nominations of about half of the appointments that the president made. That means Obama holdovers and deep state bureaucrats are still there. Many of them I think are undermining the president and have been from day one," he explained.

"I think some of them need to go. If Mitch McConnell cannot get this tax reform plan over the finish line, he's of no use.  He's supposed to lead," Hannity responded.

On President Trump's performance so far, Hannity said there is something he really admires about the president right now.

"He sticks to his promises. His speeches he's giving now, the agenda that he's following now is the exactly same agenda he promised us when he was running on the campaign trail," he said.

"This is a very important point in his presidency though. This economic tax reform plan must pass," Hannity noted.

So how does tax reform get passed?

"I've been saying on my radio and television shows. Very simple. Put these guys in a room. Lock the door. turn off the air conditioner like our founders and framers.  We'll put them in the conditions they lived in. We'll modernize it a little bit. We'll send in some ice, and some Coke, cold beer and pizza. These guys have got to get together and realize they are there to serve the American people," the Fox News host said.

"With all of their vacations and their inability to get things done, I don't really feel like they are serving the American people very well. When you have 50 million Americans in poverty and 50 million Americans on food stamps and 90 million Americans out of the labor force – you ought not be taking vacations. You ought to be rolling up your sleeves, getting in a room, hammering out a deal and make it something that's going to grow the economy, create jobs and incentivize these businesses," Hannity explained.

"The president on his own has gotten rid of burdensome regulation. That's good. Let's lower the tax rate so we're competitive so companies will be incentivized to spend their billions and trillions here, not in countries overseas," he said.