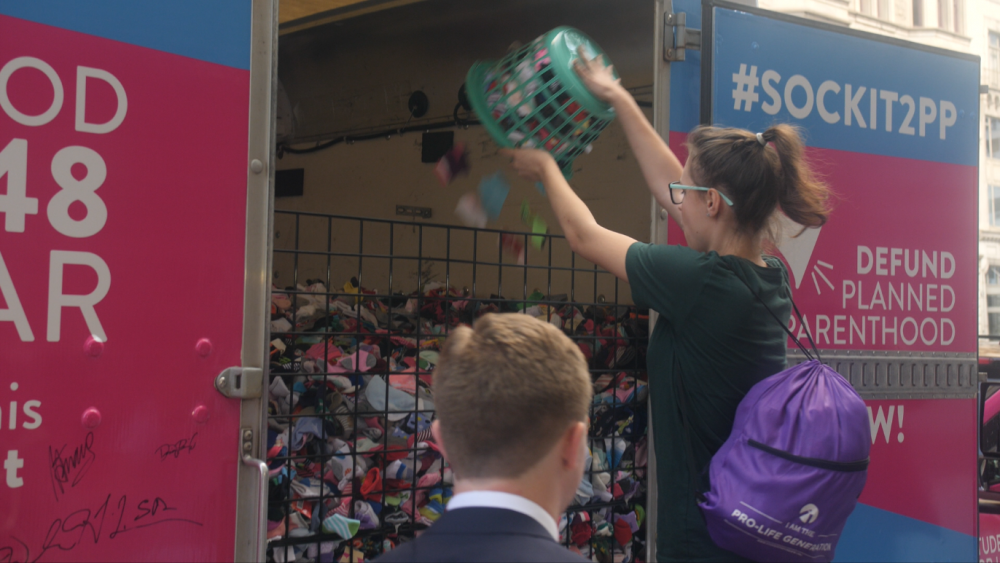 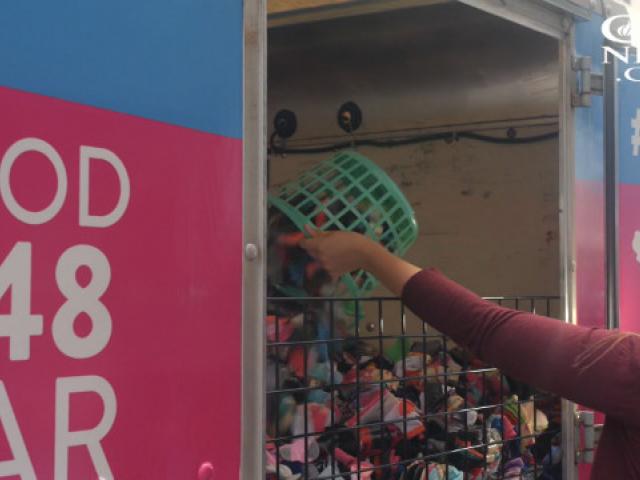 WASHINGTON – Pro-life groups rallied together to deliver a simple message to Congress yet with a powerful visual: stop using taxpayer money to fund Planned Parenthood.

Planned Parenthood has aborted 328,348 babies so far this year, according to Students for Life of America.

The nation’s largest pro-life youth organization plans to tour the country in a moving truck filled with 328,348 infant-size socks to represent each of the aborted babies and highlight the impact of Planned Parenthood’s influence in the abortion industry.

“We are going to be hitting the states because we have to show America the enormity of Planned Parenthood’s abortion business,” Students for Life President Kristan Hawkins explained.

Speakers from across D.C. gathered at the National Press Club to take their stand against the nation’s largest abortion provider.

“These socks represent the children who have been taken from us” said Catherine Glenn Foster, President of Americans United for Life.

The pro-life leaders demanded action, reminding leaders in Washington of their campaign promises.

According to its official website, Planned Parenthood receives approximately $500,000,000 in federal grants annually, which comprises more than a third of its entire revenue.

“Every dollar of taxpayer money that goes to Planned Parenthood should instead go to a pregnancy resource center,” said Samuel Matthews of Catholic University of America.

Planned Parenthood is set to be defunded by the current healthcare bill, pending a Senate vote tentatively scheduled for next week. The bill would redirect funding to community health care centers that do not perform abortion procedures. Conversely, federally-qualified health centers provide mammograms, ambulatory treatment, and other life-savings services not offered by Planned Parenthood.

"President Trump has made numorous promises to redirect Planned Parenthood's funding to federally qualifed health centers and we are confident that he will not only find the legislation but we know that he truly understands the grotesque nature of abortion," added Jaime Ballew of Concerned Women for America

Motioning to the pile of tiny socks, Centofante declared, “This is not life-saving care.”

Event organizers said they also wanted to offer hope to women who have had an abortion.

“For those who have been impacted by abortion, there’s always opportunities for hope and healing. But we can’t pretend or change the reality that abortion takes the life of one and wounds the life of another,” explained Jeanne Mincini, President of March for Life.