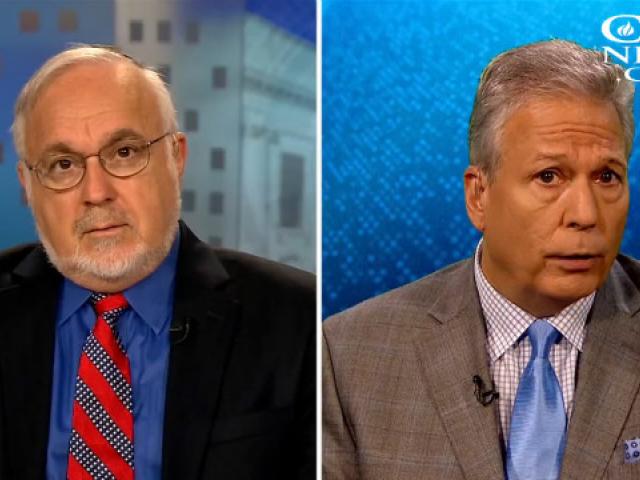 Hear The Simon Wiesenthal Center's Rabbi Abraham Cooper explain how leaders from one Gulf country may influence Palestinians and other by setting an example of religious tolerance in the Middle East.

A new report commissioned by the Simon Wiesenthal Center suggests some of the money Americans send to the United Nations is actually being used to educate Palestinian school children to commit acts of violence against Jews.

Rabbi Abraham Cooper of the Simon Wiesenthal Center says schools funded by the United Nations Relief and Works Agency (UNRWA) provide Palestinian students with textbooks that never acknowledge the State of Israel or a Jewish presence in the Holy Land.

UNRWA budgeted $736 million in 2017 to help Palestinian refugees. Of that total, $363 is designated for education. The United States sends $300 million to UNRWA each year.

Rabbi Cooper told CBN News, "Unfortunately the themes that still pervade – and here we are in 2017 – denial of the legitimacy of their Jewish neighbors, denial of Jewish history."

He says the textbooks present Palestinian children with the mindset that instead of enjoying peace with Israelis, they must remove their Jewish neighbors from the Holy Land.

One book teaches seventh graders a poem called The Martyr. It glorifies committing suicide to die a "noble death." It suggests that Israelis are "desert predators" and "hearing weapons clash [against them] is pleasant to my ears and the flow of blood gladdens my soul…"

Cooper says instead of promoting peace and a two-state solution with countries for both the Palestinians and Israelis, the textbooks help promote a one-state solution in the Middle East and that's a Palestinian state without Jews.