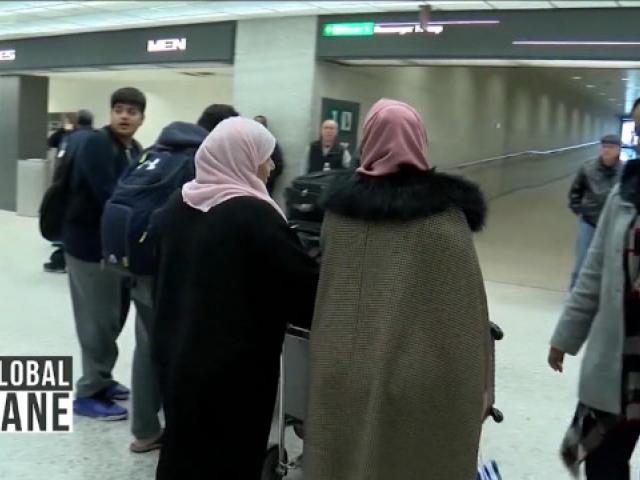 Will the United States be transformed into a non-Christian nation in the years ahead? Watch Gary Lane's interview with NPR's Tom Gjelten for some insights.

Dropped from the new travel ban is one country which was included on the previous list: Sudan.

Also, citizens from Iraq and Venezuela will receive greater vetting and scrutiny before receiving visas to enter the United States.

"As president, I must act to protect the security and interests of the United States and its people," said President Trump.

The new executive travel order takes effect October 18th and may stand a better chance of passing legal muster in court because non-Muslim countries are included.

Several courts overturned the president's previous order because it singled out Muslims. Last July, the U.S. Supreme Court allowed the travel ban to move forward, but said the administration could not keep people from the restricted countries from entering if they already had relatives present in the United States.

National Public Radio's Tom Gjelten, author of the book Nation of Nations recently appeared on The Global Lane to discuss immigration, DACA and the Dreamers.

Gjelten said concern about the number of people coming into the United States illegally and controlling the country's borders is nothing new for America—it's always been an issue.

"Once those people are here, there's also concern about treating them fairly and respectfully and trying to balance these two needs," Gjelten explained. "On the one hand, controlling our borders, on the other hand taking care of the people who are already here. That's been a real difficult problem to solve."

US to Ban Americans from Traveling to North Korea

Where 'Travel Ban' Now Stands: Trump Takes Off the Gloves