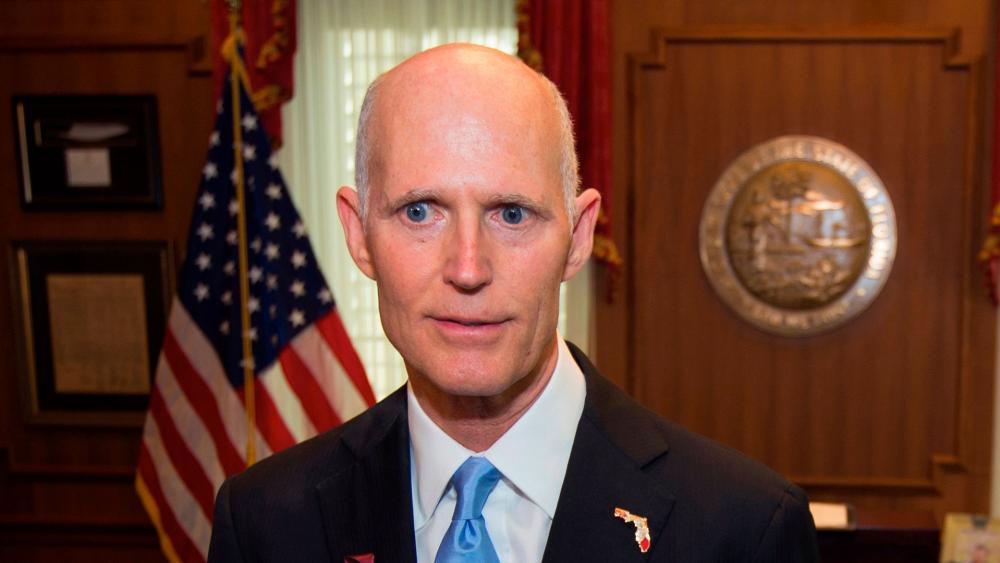 TALLAHASSEE, Fla. (AP) - After an easy win in Tuesday's GOP primary, Florida Gov. Rick Scott is heading into an increasingly bitter - and expensive - showdown with incumbent U.S. Sen. Bill Nelson that could play a decisive role in which party controls the Senate.

Scott defeated California businessman Roque "Rocky" De La Fuente, who earned attention this year by mounting U.S. Senate bids in multiple states as the same time but did not campaign against Scott at all.

Term limits are forcing Scott to leave the governor's mansion and he was strongly encouraged by many Republicans, including President Donald Trump, to mount a challenge to Nelson.

Nelson was first elected to the U.S. Senate in 2000 and is Florida's only statewide elected Democrat right now. Scott was first elected amid the tea party wave in 2010 but has flipped on some of his hardline positions, including his stance on immigration.

The race is one of stark contrasts: Nelson is a throwback to a bygone era when the state's Democrats talked with a Southern drawl. He can take five minutes to answer a single question. Scott, a relative newcomer to the state, can seem awkward, but likes to stick to scripted talking points heavy on statistics, usually about job growth.

Scott and Nelson have already been sniping at each other for months in the eagerly anticipated contest. So far they have thrown barbs over guns, health care and Florida's recent environmental problems.

Even before voting started in the primary, Scott had been pounding Nelson with a barrage of television ads, many of them depicting the 75-year-old Nelson as a career politician who is out of touch. Before Nelson was elected the U.S. Senate, he served as the state's insurance commissioner and spent 12 years in the U.S. House.

"Isn't 40 years enough?" Scott said last week on Fox News. "What new idea is he going to come up with?"

Most of the ads have been paid by Scott himself. Federal campaign filings show that he has already donated $25.5 million of his own money to his campaign.

Scott, who does not accept a salary and uses a family jet to travel, first built his fortune as the head of the hospital giant Columbia/HCA. He was forced out of the job amid a federal fraud investigation. Although Scott was never charged with any wrongdoing, the company paid a then-record $1.7 billion fine for Medicare fraud.

Although Nelson supporters have launched some smaller television and digital ad buys, Nelson is waiting until this week to start his first major television ad buy. Nelson, meanwhile, has had limited time to campaign because of the U.S. Senate remaining in session for most of August.

That has worried some of Nelson's supporters. During a stop in the north Florida town of Monticello, he was asked about Scott's onslaught on television ads and whether Nelson would be countering them soon. Nelson countered that despite all the ads, polls showed the race was still close.

He added that he was recently filming his own television ads that would soon find their way to television screens.

"I, of course, am saving my nickels and dimes until I see the whites of their eyes," Nelson said.

Scott is a longtime friend of Trump who enthusiastically backed him during the presidential election. Scott set up a Super PAC to help Trump during the campaign and has visited the president at the White House and Trump's Mar-A-Lago resort in Palm Beach.

But since getting into the race, Scott has kept his distance from the president. He has split with Trump on certain issues, including immigration, but without criticizing the president. At some political events, he has barely mentioned Trump by name.