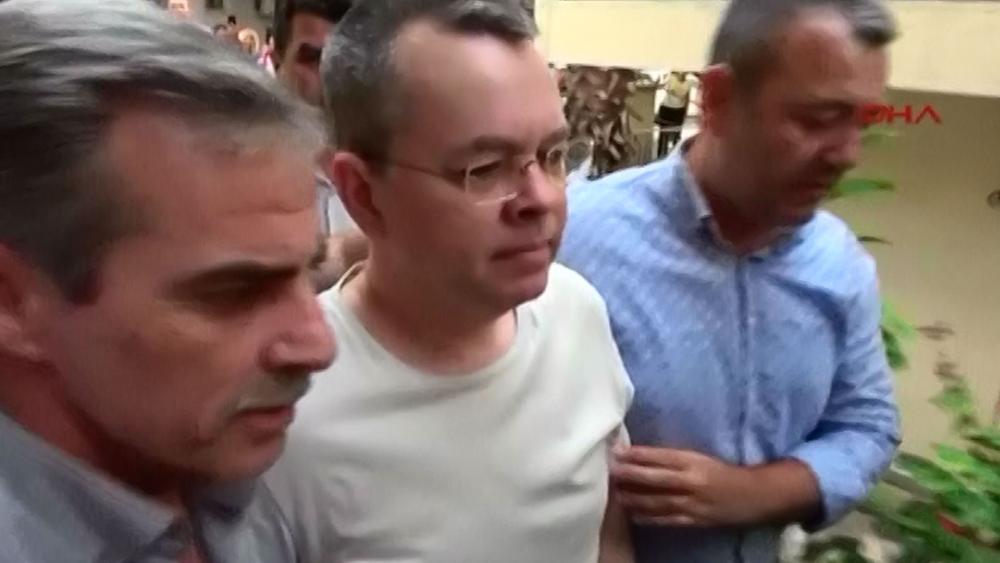 WASHINGTON – President Donald Trump is following through on threats to sanction Turkey for the arrest and detention of American Pastor Andrew Brunson.

“At the president’s direction, the Department of Treasury is sanctioning Turkey’s minister of justice and minister of interior, both of whom played leading roles in the arrest and detention of Pastor Brunson,” White House Press Secretary Sarah Sanders announced Wednesday.

The sanctions will freeze the US assets of Turkey’s minister of justice, Abdulhamit Gul, and its minister of interior, Suleyman Soylu. The penalties also bar any US transactions with the two men.

“Any property or interest in property of both ministers within US jurisdiction is blocked, and US persons are generally prohibited from engaging in transactions with them,” Sanders said.

President Trump called Brunson an “innocent man of faith” who “should be released immediately,” noting that the missionary pastor is “suffering greatly.”

The 50-year-old was arrested in December 2016 and later charged with links to a failed plot to overthrow the Turkish government – an accusation he denies.

His supporters claim that he’s a political prisoner being held as a bargaining chip by Turkey, which is seeking the extradition of Fethullah Gülen, a Muslim cleric blamed for a failed coup.

Brunson’s next hearing is Oct. 12.