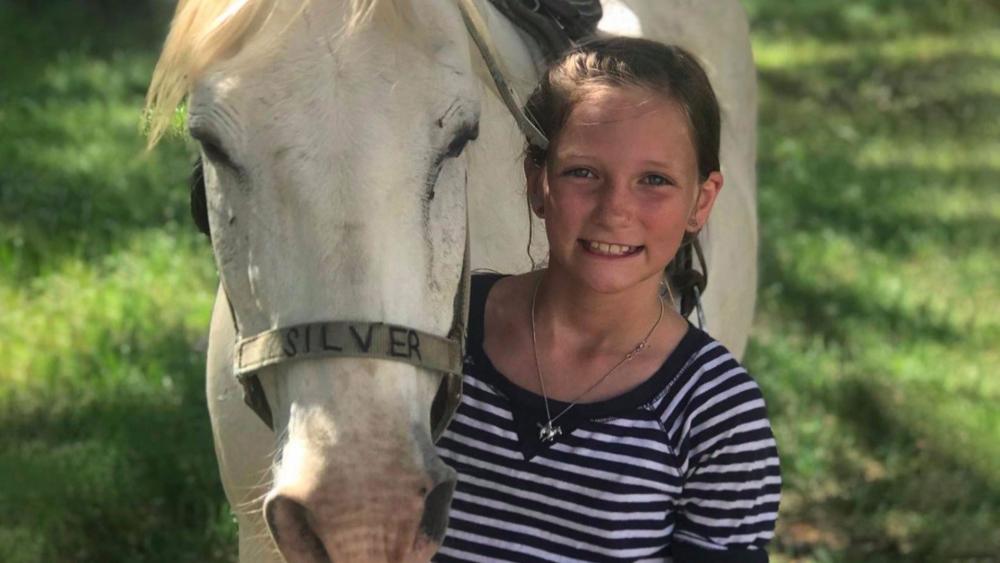 It appears a little girl in Texas who's been battling an incurable form of cancer has become the recipient of a Christmas miracle.

Roughly six months after 11-year-old Roxli Doss was diagnosed with a rare inoperable brain tumor – called diffuse intrinsic pontine glioma, or DIPG –  the mass has mysteriously disappeared without a trace.

Now, after being subjected to weeks of radiation, KVUE-TV reports Roxli is back to doing what she loves – riding horses.

"She is just as active as she ever was," Scott Doss, Roxli's father, told the Austin news station.

Meanwhile, doctors are scratching their heads at the miraculous turnaround in the little girl who was once facing what they call a "devastating disease."

"When I first saw Roxli's MRI scan, it was actually unbelievable," remarked Dr. Virginia Harrod with Dell Children's Medical Center. "The tumor is undetectable on the MRI scan, which is really unusual."

Meanwhile, no one is more elated than Gena and Scott Doss, who were all but certain to lose their child to the deadly illness. After holding a successful benefit for Roxli back in August, the desperate couple did the only other thing they knew to do – pray for a miracle.

"Praise God we did," added Scott, making it clear that he and his wife have only God to thank for their daughter's miraculous recovery.

"It's kind of our family thing that God healed Roxli," Gena said.

Roxli's doctors, however, aren't taking any chances, saying the little girl will continue to undergo cancer treatments, just as a precaution.

Meanwhile, to help with the Doss family's medical bills, a GoFundMe has been set up.