'Our One True Hope in the Midst of Tragedy': How Could This Wooden Cross Survive Epic Calif. Wildfire? 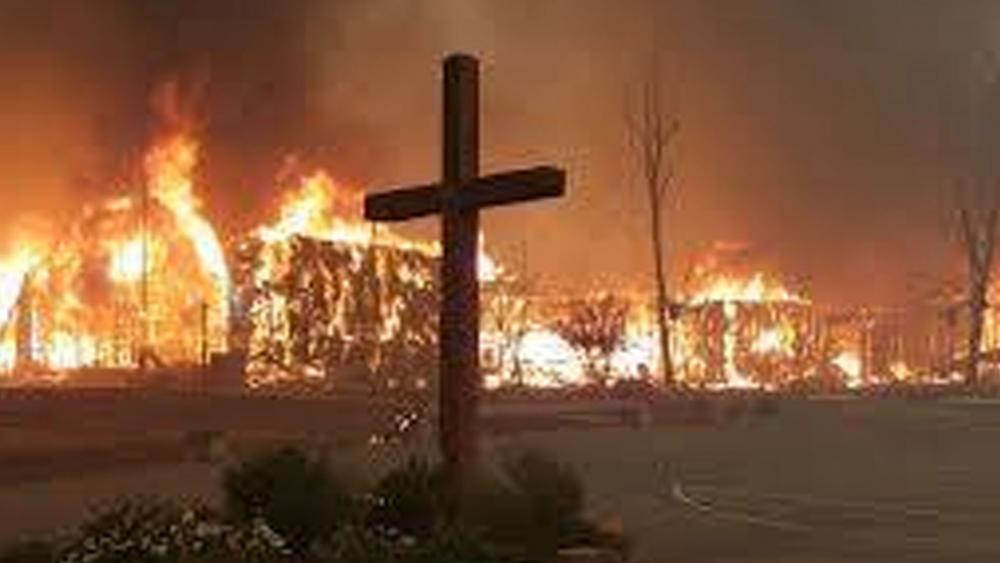 Paradise, California, was transformed into something out of a nightmare after a wildfire reduced much of the town to ashes, leaving nothing behind – or rather almost nothing.

Two days after Paradise was engulfed in flames, Brandon Merrick, pastor of Our Savior Lutheran Church, posted a Facebook photo of what was left of his church's property – a wooden cross standing untouched in the parking lot.

The pastor said he was moved by the sight of the wooden symbol, calling it a reminder of "our one true hope" in a dark world.

"For me, this picture is not just a heartbreaking reminder of what can happen to the things and people of this world," Merrick wrote. "This is our one true hope in the midst of tragedy that cannot be destroyed by anything."

The picture, which went viral, was snapped by Tyler Frank and Elizabeth Osborn as they were evacuating the area.

"After being trapped on Pentz in gridlock traffic while completely surrounded by fire, we eventually found refuge in the parking lot of the Lutheran church. It was the first moment we felt safe and believed we would survive this horrific event," Frank told Fox News. "We were grateful to be there."

Pastor Merrick later explained how that one simple photograph powerfully conveyed the message of the cross.

"I told our church I really hope that that picture can be used as the picture for the fire, because, as the church, everything that man builds with our hands is perishable, but what God does for us through the cross is imperishable and cannot be taken away or burned up," Merrick said. "And that's what I love about the picture."

Evangelist Franklin Graham caught wind of the story and was equally moved by the photo.

"The wildfires in California may have destroyed about 95 percent of the town of Paradise, but people returning to the area found one symbol of hope that remained standing among the ashes — a wooden cross," Graham wrote in a Facebook post.

Merrick told Fox News that plans are in the works to rebuild the church, noting that a website had been set up where people can send donations — not just to help the church, but to help other members of the community affected by the California wildfire.

Meanwhile, the Our Savior Lutheran congregation is meeting at its nearby sister church, Redeemer Lutheran.

"This is a great chance for the Gospel to get out," the pastor said. "That's why I like that picture. It speaks to more than just those affected in Paradise. It speaks to the country and to the world."