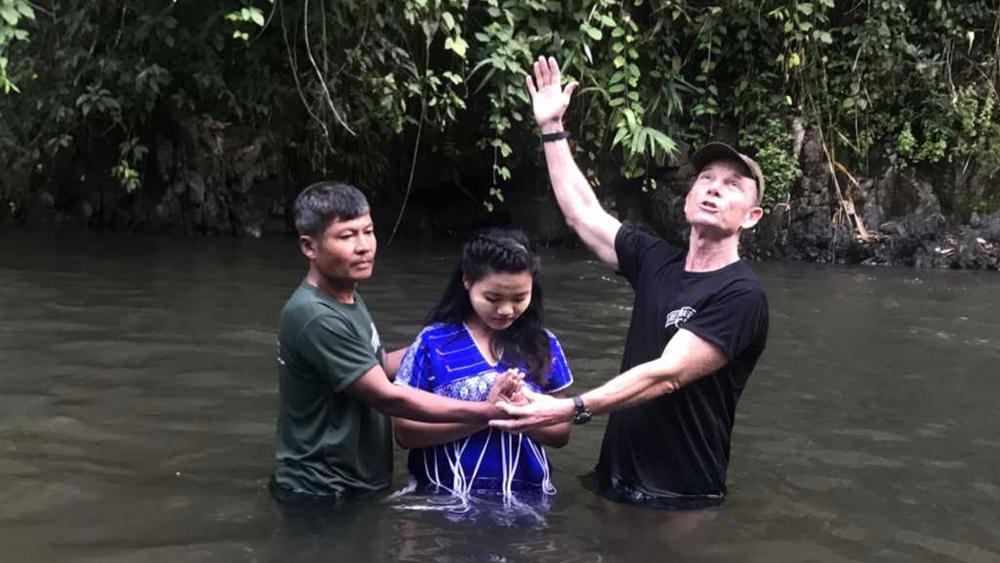 Most Christians wouldn’t uproot their entire family and move them into the middle of some of the most dangerous places in the world – even if it was for the purpose of helping others and spreading the Gospel in the process.

Dave Eubank isn’t like most Christians, however. And countless people around the globe who are caught in war zones are incredibly thankful for that.

Eubank was featured on the premiere episode of Col. Oliver North’s American Heroes, a new series on NRA TV, and the best way to describe Eubank is that he’s essentially the Christian Rambo.

Eubank achieved viral fame last year when he braved ISIS gunfire to save a young girl who was attempting to flee ISIS with her family. Her family was all killed, and she was hiding under her mother’s dead body. Eubank assumed everyone was dead, but then spotted some slight movement and realized there was a small child alive in the midst of the horrific scene.

With the aid of smoke and covering fire, Eubank made the daring decision to run into the open, exposing himself to enemy fire, grab the girl and bring her to safety. He could be seen openly praying for protection, crying out to Jesus before he made the rescue attempt.

Jesus is at the heart of everything Eubank does, and he makes that evident from the moment you meet him.

A former member of the U.S. Special Forces, Eubank is no stranger to combat. During his discussion with North, he discussed the many harrowing war zones he’d been to over the years, and ultimately how he made the transition from soldier to missionary.

As if embarking on dangerous mission work wasn’t brave enough, Eubank does all of this work with his wife and children. In fact, he’s raised his family in the midst of conflict zones.

It’s perhaps one of the biggest reasons he’s so effective as a missionary — because he doesn’t merely help people in need. He’s living among them. He and his family become one with them and their suffering.