Church, It's Time To Give Up 'The Bachelor' 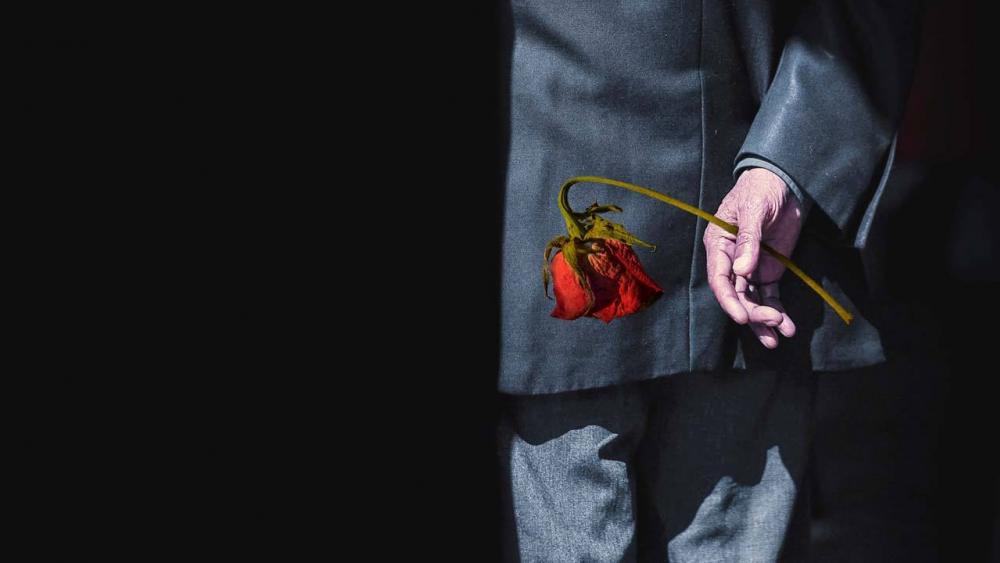 I write this with the conviction of numerous episodes on my record. I've watched ABC's The Bachelor many times, each time piously shaming its immorality as a means of justifying my choice of entertainment. After all, it's cool to participate in what we feel to be sin as long as we denounce it along the way, right?

Church, we must stop being so irresponsible with our entertainment.

We can't promote purity while cheering on promiscuity.

We can't promote commitment while cheering on frivolity.

We can't promote loyalty while cheering on polyamory.

We can't be above reproach while wading in compromise.

The Bachelor embodies everything we fear in relationships: disloyalty, fickleness, impurity, inadequacy – and yet we praise it? When choosing our entertainment in today's culture, it is imperative we be mindful of Philippians 4:8, "Whatever is true, noble, right, pure, lovely, admirable..." And if our entertainment can't stand up to Scripture, it definitely won't be an aid to our sanctification.

Consider the following while establishing your own position on this show:

1. The Bachelor bastardizes the pursuit of marriage.
Obviously a leading cause of divorce is unfaithfulness. For an entire season these bachelors say "I love you" and engage in intimate physical contact with multiple girls a week, only to choose one for their bride at the end of the season. Tell me how a guy can love a woman so much that he wants to marry her, yet has no issue romancing other women weeks prior? That's not love, and don't think for a second that marriage is going to shake his apathy.

These habits don't die with a ring. Don't trust a man's "I do" when his actions show that he doesn't.

These shows are about finding perfection, not showing sacrifice. These shows make it about how someone fits them, but not how they can fit someone. This does nothing to cultivate oneness with a spouse.

2. The Bachelor breeds sexual misconduct.
This past year exposed a hard truth about sexual misconduct. It is a far more prominent reality than we would like to believe. Why does this happen? Where does it start? It starts with the dehumanization of another, coupled with a pride that breeds an unhealthy desire for control.

We can claim to hate these things, but we are literally brewing the very poison we're slapping warning labels on.

When our moral compasses are oriented toward our flesh, they will surely navigate us into destructive patterns of which we never thought we were capable. When we lose sight of one's humanity, dignity, value, and most importantly the imagery of one's Creator, the potential damage is limitless.

3. The Bachelor misleads our youth.
We're telling our boys that they can be "good guys" to multiple girls. Truth is, the utmost in romantic chivalry is completely negated once it's shown to more than one girl at a time. Without commitment, the entire equation falls apart.

We're teaching our boys that disrespecting a girl is acceptable, as long as she's okay with it.

We're telling our girls that in order to find perfect love they must compare themselves to their competition and at all costs be "better" than them, only to win a guy who didn't show them an ounce of true love or respect. This line of thinking paves the road to severe insecurities and depression.

Well then shouldn't it be obvious why we should give this show up? Also, while we know these behaviors are wrong, we must remember that the moral compasses of our children are far more volatile than ours.

Side note: Spare your children the whole "it's okay for me to watch but not for you to watch" argument. Remember when your parents told you that? You saw clean through them – your kids will, too.

4. The Bachelor is irrefutably misogynistic.
We're teaching our boys that girls are objects for selection, instead of daughters of the High King.

To pursue multiple women at once, despite the "respect" shown individually, is a complete disregard for the honor and intentional pursuit they deserve. It elevates the man to a position of power where he knows that, given the desire for fame, love, and money, women will flock to be on the show and vie for his attention. It's super sad.

I pray regularly that I'll have kids someday. But I'm soberly aware than any son I have will likely follow in my footsteps – the habits, the humor, the quirks. I cringe at this idea. What I say, he will say. What I do, he will do. That puts a HUGE responsibility on me to be mindful of what I allow in my home, and in the minds of my children.

Church, we ALL have this responsibility.