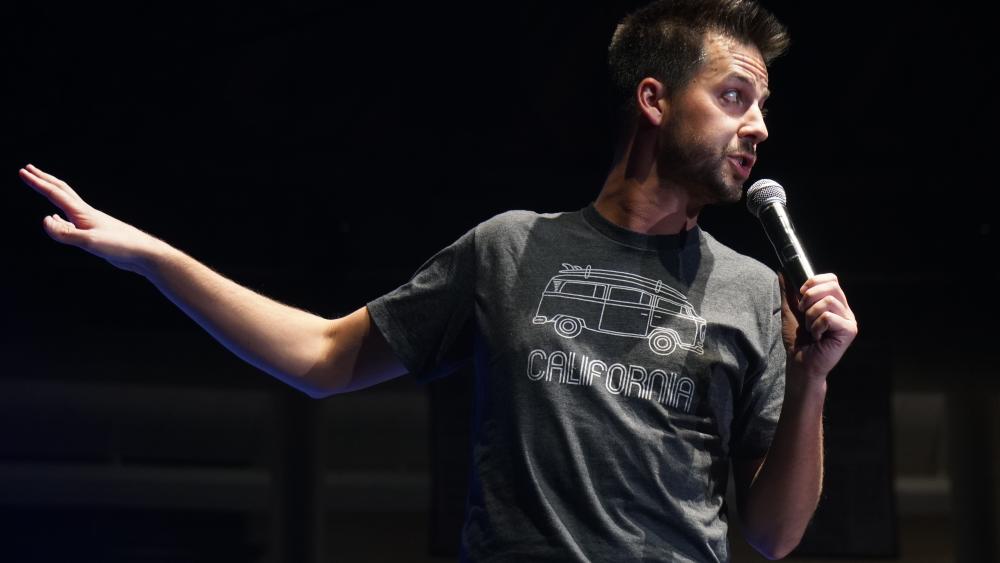 LYNCHBURG, Va. – The new year was ushered in by prayer, worship, and entertainment at WinterFest hosted by Liberty University.

This years theme, "Out of the Ashes," was inspired by WinterFest Coordinator James Hobson who credits his idea to 2 Corinthians 5:17, which reads, "Therefore, if anyone is in Christ, he is a new creation. The old has passed away; behold, the new has come."

Many responded to the Gospel message and surrendered their lives to Christ.

"We wanted to start to make a significant change from an event that's fun and exciting, to an event that produces life transformation because of the work on the cross that Christ has accomplished for us," Hobson told CBN News.

Recreational options included the Liberty Mountain Snowflex, athletic facilities, skate park, and bowling alley. A Q&A session allowed guests to tweet in questions for the various artists who would be performing. Guests also had the opportunity to view the screenings of three Christian films: "I Can Only Imagine," "Extraordinary," and "God's Compass."

In addition to recreation and entertainment, guests attended break-out sessions designed to train Christians to answer the tough questions about their faith. Each night guests packed inside the Vines Center for worship and to hear the Gospel presentation. Professors of Evangelism Dr. David Wheeler and Keith Oglesby were the keynote speakers for WinterFest 2017.

Following a powerful delivery of the Gospel message, each speaker invited guests to surrender their lives to Christ. The crowd of thousands cheered as guests made their way from their seats to the stage to seek prayer about their decision. The newly professed Christians were escorted back stage for follow-up dialogue about their decisions. Prayer leaders and mentors talked with the new Christians and exchanged contact information for discipleship and accountability after the event is over.

"The world desperately needs Jesus," Dr. David Wheeler, Executive Director of LU Shepherds, told CBN News. "My hope is that people will be transformed by the Gospel message heard at WinterFest and that they'll take it back to their communities as advocates for Christ."

"We don't need wimpy Christians," he continued. "We need bold men and women of faith who aren't afraid to stand for truth as a loving means of bringing others out of darkness and into a restorative relationship with Jesus."