GUATEMALA – Last Christmas Eve, the Central American country of Guatemala became only the second nation behind the United States to recognize Jerusalem as the capital of Israel.The Christian faith of top government leaders made the difference.

This reporter traveled to Guatemala for an exclusive interview about the historic move with Guatemala's Vice President, Jafeth Cabrera.

Guatemala's decision to relocate its embassy to Jerusalem happened after much prayer. And it shows the country has had a long-term relationship with the state of Israel.

Moments after Guatemala's president received the Friends of Zion Award, CBN News sat down with Vice President Cabrera to discuss his government's decision to move its embassy from Tel Aviv to Jerusalem.

Many Christians in America believe the embassy announcement is long overdue and even prophetic, and he agrees.

"Yes, we do share that idea, that prophesy is coming to pass and we are pleased that Guatemala is contributing to having that happen and we hope that it will soon be a reality," Cabrera said.

He said he prayed about the Jerusalem decision with his family.

"This was key to us making the decision to express our Christ likeness and to express our faith. We did pray. It was something that we meditated on and that we later on shared with President Jimmy Morales," he said.

Following CBN's interview with the vice president, he talked with Mike Evans, the man behind the Friends of Zion Award. He's rallying nations to move their embassies from Tel Aviv to Jerusalem.

Evans says prayer has played a big role in the process.

"Oh, 100 percent it happened through the power of prayer. This didn't begin in the president's office. This began in the churches.     The churches rallied in Guatemala, they started interceding and touching heaven regarding this," Evans said.

What do Evans and Cabrera think will happen next?

Watch more of Gary Lane's interviews with the Guatemalan vice president and Mike Evans on The Global Lane show Friday night and this weekend on the CBN News Channel and CBN News Facebook. Guatemala Says it is Moving Embassy in Israel to Jerusalem 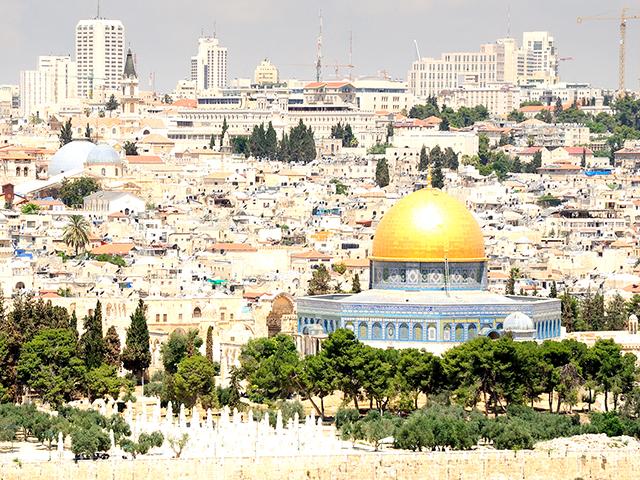 Fulfillment of Prophecy: Was 2017 Really the Start of Jubilee for Israel?
CBN News Email Updates