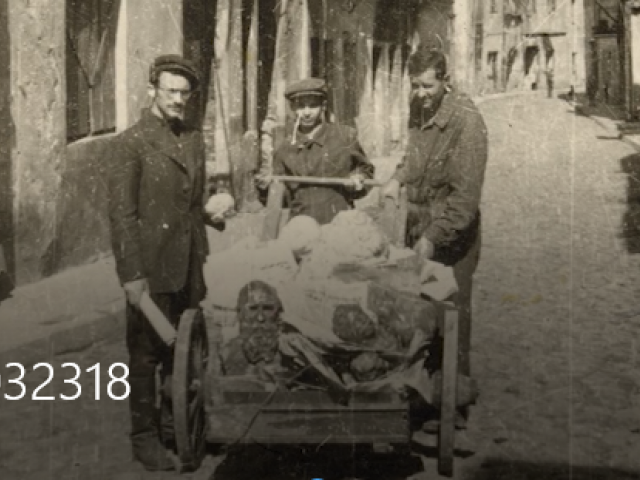 What does author David Fishman hope to accomplish by telling the book smuggler's story? Watch this Where in the World  interview to find out more.

Corrie ten Boom and Oskar Schindler helped save Jews from the Nazis during the Holocaust. But did you know some Christian smugglers also risked their lives to preserve Jewish art and antiquities?

David Fishman researched and wrote their story in his book, The Book Smugglers: Partisans, Poets and the Race to Save Jewish Treasures from the Nazis.

He said during World War II, the Nazis insisted on destroying Jewish books, art, and poems as they attempted to exterminate all Jewish presence from Europe.

But they sent those items considered of value off to specialized institutes to study the Jews.

A group of Jewish slave laborers separated the items intended for the scholars from those set for destruction.

Fishman says Christians would often visit their Jewish slave laborer friends during lunch hour—a time when the Nazi guards were busy eating and less attentive to the work site.

He said the Christians would bring the Jews "some food, bring them some news and encouragement, and before they left, they would take away some books, some papers, some drawings and in that way, a lot of this materiel ended up in Christian hands."

Not all the smugglers were Christian, but Jews and Christians alike knew the books—the Bibles in Hebrew, the Talmud, and other religious books were of special significance.

"I would say all of them had a perspective of eternity…even the non-religious members of this brigade…they were very aware that they themselves probably (wouldn't) survive, (they'd) probably be murdered by the Nazis, but if the books survived, if these cultural treasures survived, something (would) live on beyond them for many generations."

FOR MORE: Watch our full interview with author David Fishman at the top of this article.