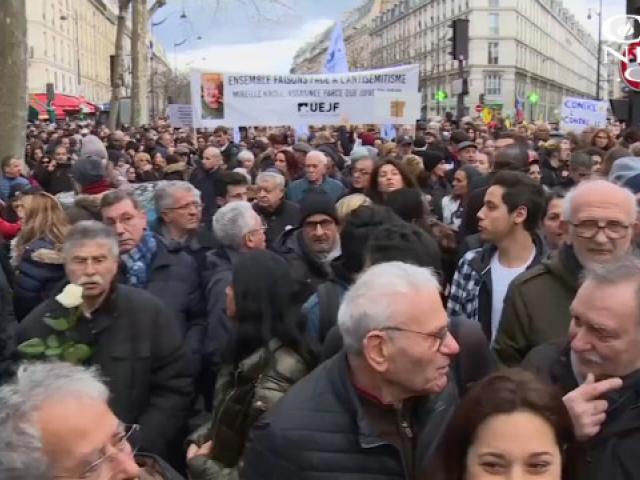 French citizens marched through the streets of Paris Wednesday demanding an end to anti-Semitism. The demonstration came amidst growing concerns over a rise in anti-Jewish hate crimes throughout the country.

Thousands joined in the singing of the French national anthem, "The Marseillaise,"  showing the world that France stands united against anti-Semitism.

Politicians, Christians, Jews and Muslims gathered throughout France just after the funeral of 85-year-old Mireille Knoll.

A Holocaust survivor, Knoll was stabbed 11 times. Her charred body was found after the murderer set her apartment ablaze to conceal the crime.

"It started as a memorial, in honor of Mrs. Knoll who was killed. Once we've known that it was an anti-Semitic motive, then it became a march against anti-Semitism because she is the eleventh person being killed for the only reason that she was Jewish," explained Robert Ejnes, executive director of the Council of Jewish Institutes in France.

French officials ruled the murder an an act of anti-Semitism, a hate crime. Knoll's 29-year-old Muslim neighbor and a homeless man were charged.

Meanwhile, as thousands marched to honor Mrs. Knoll, another act of anti-Semitism took place in Paris – this time, nearby at the French Jewish Students Union at the Sorbonne.

Written on an office wall were the words, "Death to Israel" and "Palestine will win."

"So it makes me really angry and I'm looking for the government, for the police, for the justice, for the universities to condemn these acts and to react very strong..." Ghozlan said.

French officials have pledged to do what they can to prevent more attacks, but fearing the worst, some of the nation's 500,000 Jews have already fled the country. 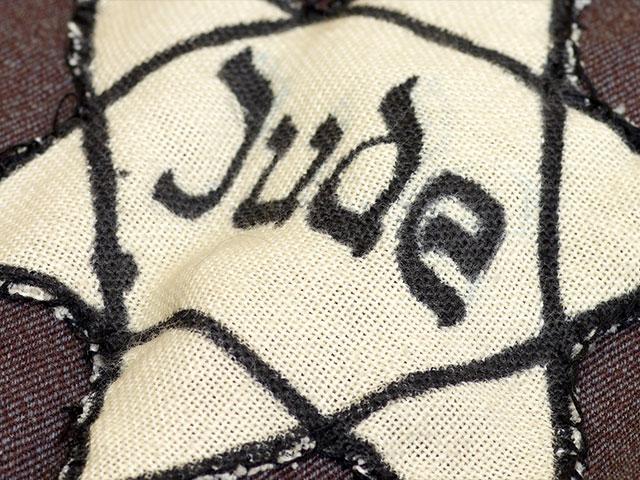 Anti-Semitism Resurges with a Vengeance in France