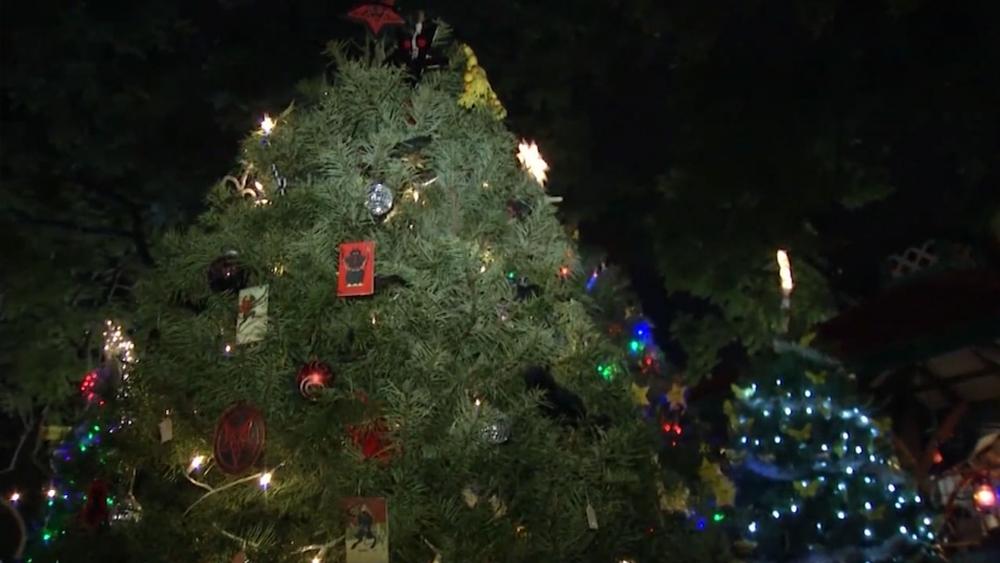 The California-based group of atheistic Satanists says it hung 140 ornaments and are quickly running out. Now members are pleading for people to stop stealing from their display.

"I was a little taken aback when I got the message today saying, 'Hey if this keeps up, we're going to have to make some new  [ornaments] in about two weeks or so, it's gonna run out if the  [theft]  rate doesn't get down,'" the SFGate quoted Satanic Bay Area organizer Daniel Walker.

"We're fairly certain that people are taking  [the ornaments]  out of admiration rather than antagonism. But we're running out so fast that we're issuing this plea for light-fingered admirers to stop," he said.

Meanwhile, park-goers say the tree shouldn't be there in the first place.

"I think it's not correct to put that here. Especially that they've accepted to have that tree here," San Jose resident Filipa Barreiros told ABC7 News.

Last year, a tree sponsored by a different satanic group had its tree topper – a giant black goat head – stolen.

Meanwhile, Jason Minsky, who serves as executive director of the Christmas in the Park event, told ABC7 the stolen ornaments are not specific to the satanic sponsored trees. He noted that sponsors are warned against decorating their holiday displays with expensive ornaments.

"These trees are literally a foot away from the fence and people can easily reach over and grab ornaments. We tell [participants], 'Don't use nice ornaments, people are really going to steal your handcrafted ornaments,' he said. "We definitely have had some incidents in the past where ornaments have been taken — maybe because they're too nice."