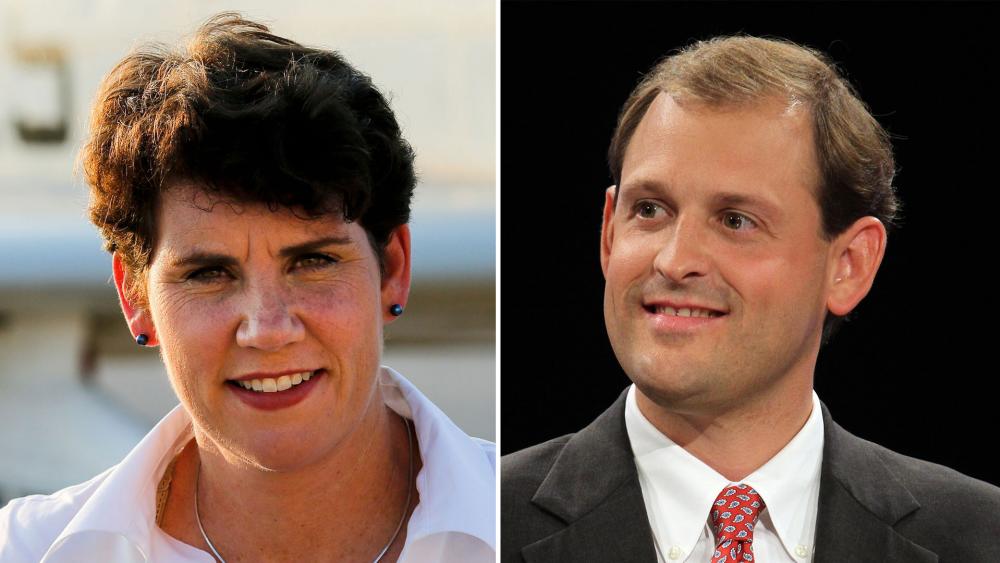 Barr believes his district, located in a deep-red state, has become conservative enough to send him back for another term in Congress.

Even though Barr won his re-election campaign in 2016 by more than 20 percentage points, this race was rated a toss-up by political pundits after McGrath won the Democratic primary.

However, a recent New York Times poll shows Barr with a slight lead.

McGrath has billed herself as the anti-establishment candidate and one that if elected, would work to put country over party, instead of following party lines.

According to The Lexington Herald-Leader, McGrath has tried to use Barr's voting record to show he's too partisan.

"That itself is a partisan attack," Barr said in an interview with the newspaper. "The truth is, I've been rated the most bipartisan member of the Kentucky delegation. My record of bipartisan work speaks for itself."

The district has more registered Democrats than registered Republicans due to the area's Democratic legacy.  According to the Herald-Leader, Barr may have the ideological bent of the district on his side: in each of his past four campaigns, Barr has won by larger and larger margins.