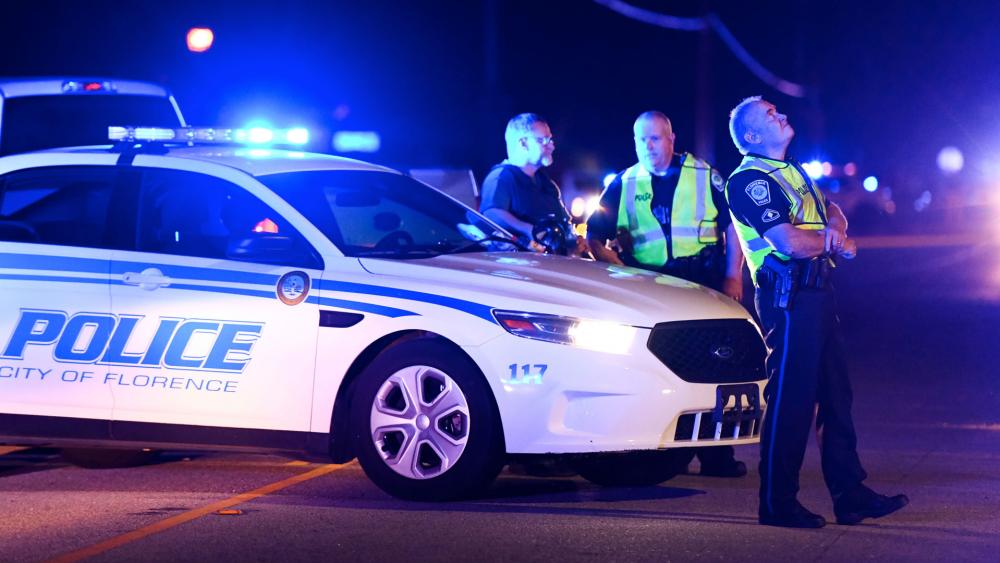 A Vietnam veteran is in custody Thursday after allegedly gunning down seven police officers in South Carolina during a two-hour shootout.

The standoff was so dangerous that police had to use a bullet-proof vehicle to rescue the wounded.

Investigators say the incident unfolded Wednesday when officers went to serve a warrant in Florence. The suspect, 74-year-old Frederick Hopkins, ended up barricading himself inside a home and opening fire on the officers.

"Officers went there unknowing the firepower the suspect had," Florence County Sheriff Kenney Boone said at a press conference.

"Fire was being shot all over. The way this suspect was positioned, his view of fire was several hundred yards. So he had an advantage," Boone told reporters. "The officers couldn't get to the ones who were down."

When it was all over, six officers were wounded. One officer – 52-year-old Sgt. Terrence Carraway of Darlington – did not survive.

Authorities say Hopkins is a disabled Vietnam veteran and disbarred lawyer with a checkered past – having several charges on his record, including one count of disorderly conduct.

Meanwhile, evangelist Franklin Graham is bemoaning the tragedy and calling on Christians to pray for the victims and their families.

"Would you join me in praying for the six law enforcement officers who were wounded and for the heartbroken loved ones of Officer Terrence Carraway who was killed in a stand-off in Florence, SC, late yesterday?" Graham wrote in a Facebook post.

"The Florence Police Chief said that Officer Carraway, a 30-year veteran of the department, was the bravest police officer he had ever known. We owe our deepest gratitude to law enforcement officers who stand on the front lines every day protecting our families and communities."

"My thoughts and prayers are with the Florence County Sheriff's Office and the Florence Police Department tonight, in South Carolina," he tweeted. "We are forever grateful for what our Law Enforcement Officers do 24/7/365.

My thoughts and prayers are with the Florence County Sheriff's Office and the Florence Police Department tonight, in South Carolina. We are forever grateful for what our Law Enforcement Officers do 24/7/365. https://t.co/ZwDmDthItD