For years, Wisconsin college student Polly Olsen has been handing out Valentine's Day cards with biblically themed messages to students and staff on campus.

That goodwill gesture, however, has often been met with resistance in the form of the school's public assembly policy, which places strict limits on such activities.

Olsen's frustration with that policy finally bubbled over in February when security workers at Northeast Wisconsin Technical College (NWTC) stopped the 29-year-old from distributing the inspirational messages at the school's student center.

"Security forces were dispatched to apprehend her and tell her that she was speaking outside of the approved area, an area which she could only speak in if she got advanced permission," Rick Esenberg, with Wisconsin Institute for Law and Liberty, the law firm representing Olsen, told Action 2 News.

The designated area, Olsen noted, constitutes less than 0.5 percent of the campus.

"It would be about the size of two buses next to each other, a little bigger if you count the road as part of it," Olsen told the Journal Sentinel. "No one congregates there. They just walk through."

The security personnel also suggested that some may find the messages displayed on the heart-shaped cards off-putting.

Olsen, feeling her constitutional rights had been violated, decided to sue NWTC.

Noting that the college had been promising to revise its policy, she said, "I've been dealing with this issue for four years and they haven't changed anything, so it was time to reach out and have something else happen."

Evangelist Franklin Graham agreed with Olsen, suggesting it's outrageous that the school would feel the need to censor a student whose only intent was share God's love with her fellow students.

"They said she might offend people!" Graham wrote in a Facebook post. "After all, her cards had Bible references on them! Polly said that everyone should know that they are loved and she was just trying to express that."

Meanwhile, school officials insist the college is committed to providing a welcoming and safe environment for its students, one that includes freedom of expression.

"Free speech is exercised every day in many different contexts all over the NWTC campus," said Karen Smits, the school's vice president of college advancement. "The policy deals with 'public assembly' as the law recognizes that, unlike a public park, not all physical areas of educational institutions are open for public assembly."

Olsen, for her part, appears to take no joy in suing her school but seems to feel she has no choice.

"I love my school and I hate to do this," she said. "But I love my freedom and my country, and God more." 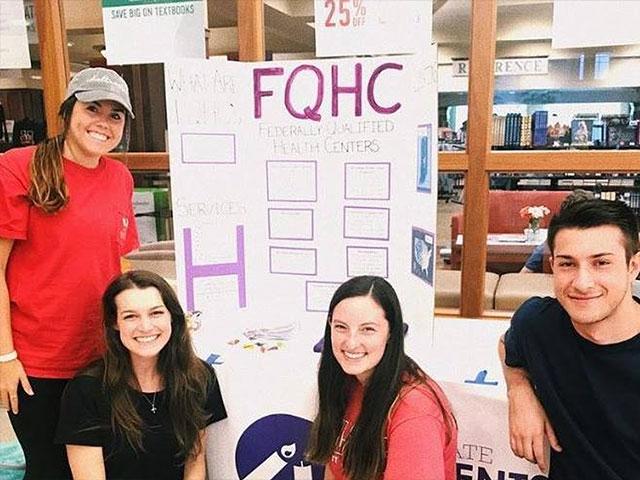 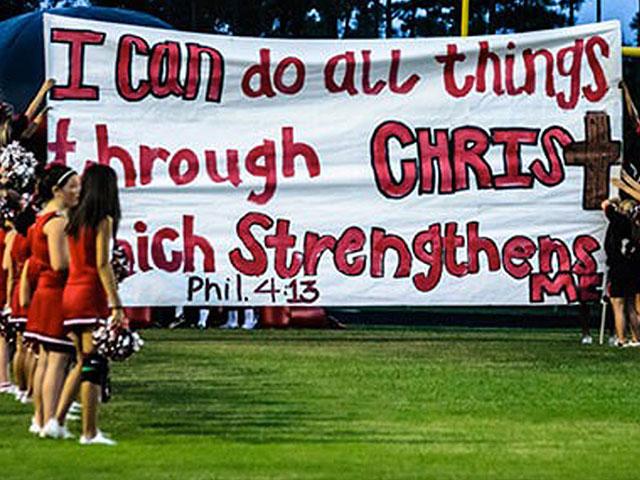 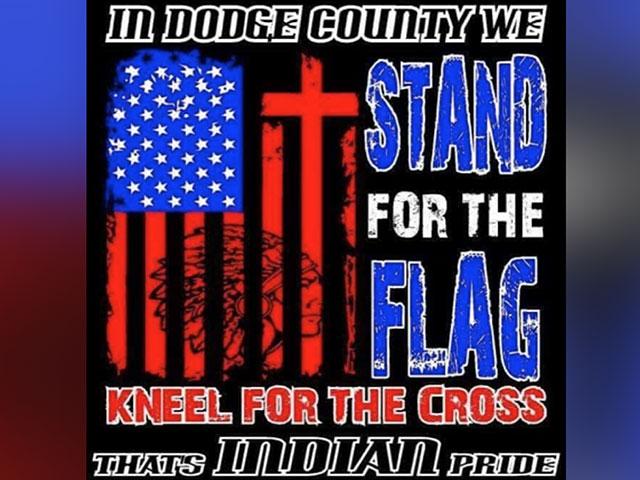