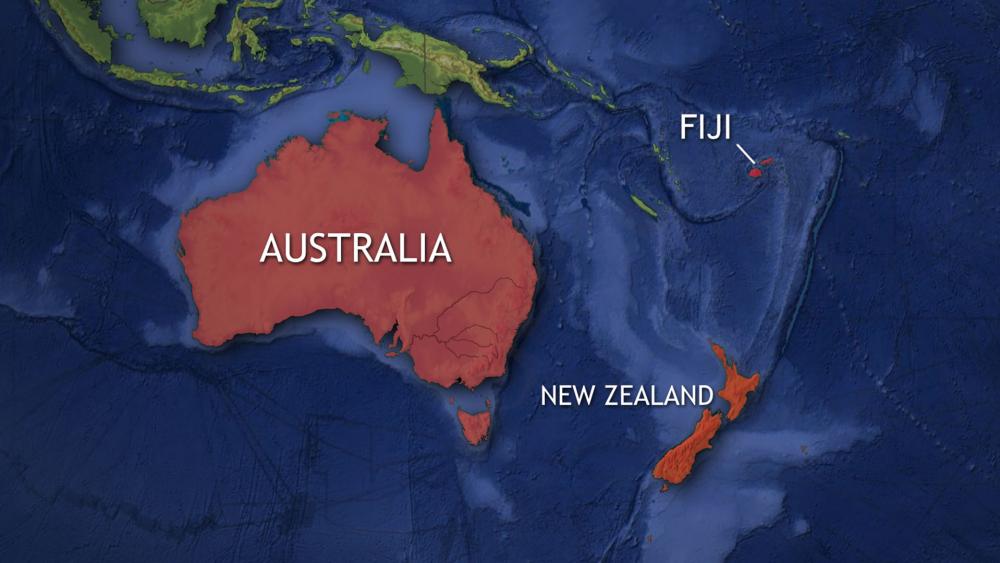 Fiji Police are investigating after a crying baby along with the bodies of five family members were found near a cliff Monday in the Nausori Highlands.

All five may have been poisoned, according to law enforcement officials.

The victims have been identified by local media as Nirmal Kuma, a 63-year-old carpenter, his wife Usha Devi, 54, their daughter Nileshni Kajal, 34, and Kajal's two daughters, Sana, 11, and Samara, 8.

The crying baby, Samaira Kumar, 1, was found by a passerby, the BBC reported.

"By the looks of it, she was hungry but I wonder what inhumane mind could have done such a thing," she told the Fiji Sun. "Fortunately she did not walk or she would have fallen off the cliff."

Officers have discovered a fifth body and confirmed dead are three adults and two children. CSI officers discovered the fifth victim a few meters away from where the first four victims were found in the Nausori Highlands earlier today. Investigations continue. pic.twitter.com/j4CC6aJvmz

The Fiji Sun reported a man who police say is a "witch doctor' and his wife are the prime suspects in the case.

Fiji Police tweeted about the testing being done on the substance found in all five victims.

"More tests will be conducted by the Fiji Police Chemistry Lab in Nasova following the post mortem examination conducted on the five victims of the Nausori Highlands tragedy as it showed all victims had ingested an alleged harmful substance which resulted in their deaths."

More tests will be conducted by the Fiji Police Chemistry Lab in Nasova following the post mortem examination conducted on the five victims of the Nausori Highlands tragedy as it showed all victims had ingested an alleged harmful substance which resulted in their deaths.

A police spokesperson said autopsy results showed all five victims ingested a substance that likely killed them. The officer said they were waiting on further forensic testing, which could take between two to three weeks to be completed.

The witch doctor couple was questioned for two days and released by a local court. Even though police could only hold the suspects for 48 hours, a high court in Lautoka issued an order which will not allow them to leave the country.

"We'll get the couple in for questioning at any time as our investigations progress and we are still trying to ascertain the motive for the killings," the officer told the newspaper.

The man who was questioned was an alleged "healer" who on three occasions in the past had treated Devi for stomach pains with herbal medicines Stuff NZ reported Friday.