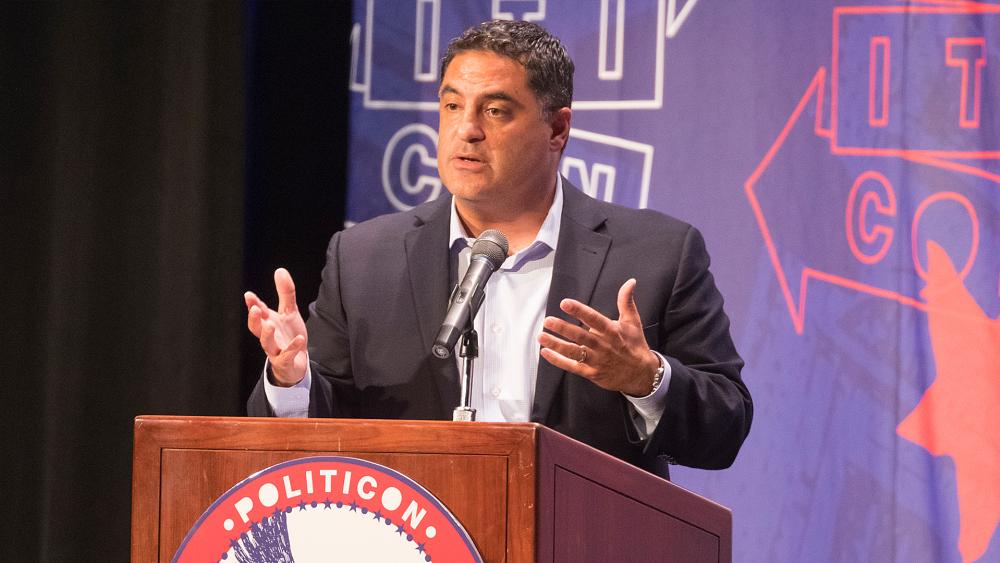 Cenk Uygur, the loudmouthed creator of “The Young Turks” channel on YouTube, said several years ago he would “bulldoze” over Jerusalem if negotiations in the Middle East were left up to him.

The 49-year-old internet provocateur, who announced in mid-November he would be running in California’s open 25th district to fill a vacancy left by former Rep. Katie Hill (D-Calif.), made the comment about Jerusalem in 2006, according to recently unearthed video footage.

“Jerusalem is a pain in the whole world’s a**,” he said in the clip, referring to Jews and Muslims who both claim ownership over the land. “Oh, ‘My God gave it to me.’ ‘No, my God gave it to me.’ First of all, all of you sound like total morons when you talk about ‘gods giving it to you.’”

“Look,” Uygur said, “bulldozer is my plan for Jerusalem. Bulldoze the whole d*** thing so nobody goes back in.”

The YouTube personality is no stranger to controversy. In fact, this week, Sen. Bernie Sanders (I-Vt.), who is running for the Democratic presidential nomination, retracted his endorsement of Uygur — not because of his past comments about Jerusalem but due to his penchant for making misogynistic remarks.

.@cenkuygur has been a longtime fighter against corruption. However, our movement is bigger than any one person. I hear my supporters who were frustrated and understand their concerns. Cenk today said he is rejecting all endorsements for his campaign and I retract my endorsement.

To give you just a taste of the kind of things Uygur has said about women, in a 2000 blog post, he wrote, “Obviously, the genes of women are flawed. They are poorly designed creatures who do not want to have sex nearly as often as needed for the human race to get along peaceably and fruitfully.”

He also suggested in 2012 that Muslims and Orthodox Jews teach their children things that are “looney tunes.”

The primary — Uygur is competing against at least nine candidates, four of whom are Democrats — is scheduled for March 3, 2020. The general election will take place on May 12. The district covers portions of Los Angeles and Ventura counties.