'My Father Would Have Been Disappointed': Franklin Graham Fires Back at Christianity Today's 'Elitist Liberal' Call for Trump's Removal 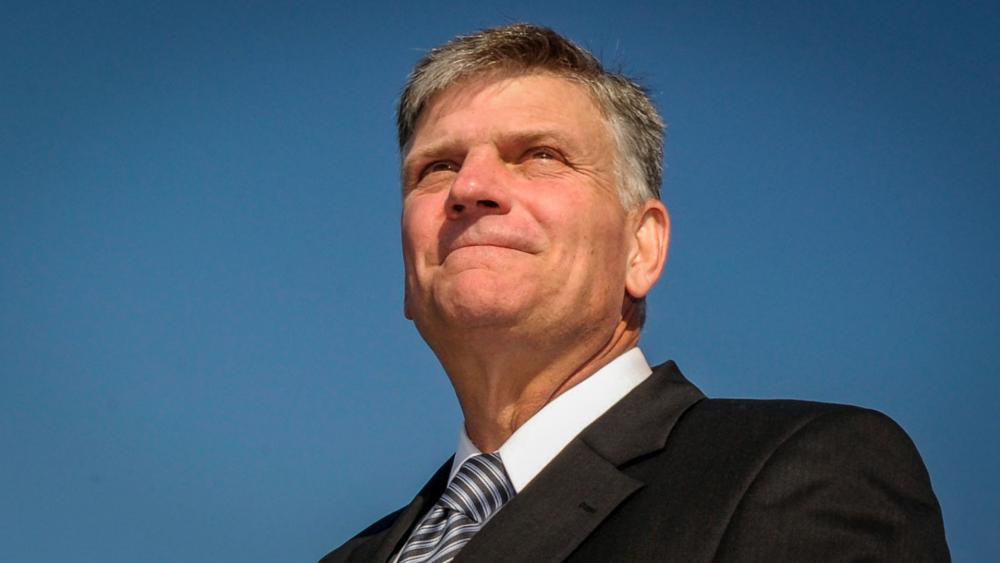 6117419212001
'My Father Would Have Been Disappointed’: Franklin Graham Fires Back at Christianity Today's ‘Elitist Liberal’ Call for President Trump's Removal

Franklin Graham spoke about the Christianity Today editorial during an interview with CBN News' Faith Nation on Friday. Faith Nation is seen weekdays on the CBN News Channel. For a programming schedule, click here.

Evangelist Franklin Graham has responded to a fiery editorial calling for President Trump's removal from office posted online Thursday by Christianity Today, a publication founded by his father.

Editor-In-Chief Mark Galli was posted the editorial just one day after Trump became the third president in United States history to be impeached by the House of Representatives.  Galli wrote, "The impeachment of Donald Trump is a significant event in the story of our republic. It requires comment."

"The president of the United States attempted to use his political power to coerce a foreign leader to harass and discredit one of the president's political opponents," he wrote.

But Galli didn't stop there.  He also called out Trump's evangelical supporters writing, "Remember who you are and whom you serve. Consider how your justification of Mr. Trump influences your witness to your Lord and Savior. Consider what an unbelieving world will say if you continue to brush off Mr. Trump's immoral words and behavior in the cause of political expediency. If we don't reverse course now, will anyone take anything we say about justice and righteousness with any seriousness for decades to come?"

In a statement posted to his Facebook page early Friday, Graham, the president and CEO of the Billy Graham Evangelistic Association and of Samaritan's Purse, an international Christian relief organization, wrote his response to the publication which was founded in 1956 by his father, the late Billy Graham.  Graham, 67, noted his father would not have agreed with the publication's stance and would have been very disappointed with it.  He also revealed that the late evangelist even voted for the President.

"Christianity Today released an editorial stating that President Trump should be removed from office—and they invoked my father's name (I suppose to try to bring legitimacy to their statements), so I feel it is important for me to respond. Yes, my father Billy Graham founded Christianity Today; but no, he would not agree with their opinion piece. In fact, he would be very disappointed. I have not previously shared who my father voted for in the past election, but because of this article, I feel it is necessary to share it now. My father knew Donald Trump, he believed in Donald Trump, and he voted for Donald Trump. He believed that Donald J. Trump was the man for this hour in history for our nation.

In his editorial, Galli not only writes about the alleged charges in which the President stands accused, but he also writes about Trump's morality.

"The reason many are not shocked about this is that this president has dumbed down the idea of morality in his administration," he wrote.  "He has hired and fired a number of people who are now convicted criminals. He himself has admitted to immoral actions in business and his relationship with women, about which he remains proud. His Twitter feed alone—with its habitual string of mischaracterizations, lies, and slanders—is a near perfect example of a human being who is morally lost and confused"

Graham responded directly to this assertion in his statement.

"Is President Trump guilty of sin? Of course he is, as were all past presidents and as each one of us are, including myself," he wrote. Therefore, let's pray for the President as he continues to lead the affairs of our nation."

Graham has often defended Trump during his term of office and has called for Christians to pray for the President.

According to The New York Times, CT has about 80,000 print subscribers.  It is headquartered in the Chicago suburbs.

The Times also noted that Galli is retiring from the publication after the first of the year.  He announced his retirement in October.

Rev. Samuel Rodriguez, a member of CT's board of directors, released a statement opposing President Trump's impeachment after the House voted Wednesday night.

He told The Times the editorial came as a surprise.

"Christianity Today is very apolitical," Mr. Rodriguez said. "We don't do politics, we don't even bring up politics in a board meeting."

"I don't think it should affect anything," he noted.

Johnnie Moore, the current Commissioner for the United States Commission on International Religious Freedom also responded to the CT's editorial in a series of tweets.

" I just left the @VP's home where dozens of evangelicals who actually lead MILLIONS were celebrating Christmas undistracted by impeachment & grateful for the admin's policies ... only to discover the press & internet absolutely hyperventilating over what will ultimately prove ... to be an inconsequential editorial from the soon-to-be retired editor @CTmagazine, a wonderful magazine which these days only represents a certain segment of evangelicals, many who never supported @POTUS. This is not a game changing moment or hardly a surprise. For some.additional context I'd suggest reading something else he wrote in '18  below, which would be perceived as awfully offensive by scores of religious Americans & a strange statement for a outgoing leader of a magazine that says it aims to understand & represent all evangelicals."

I just left the @VP's home where dozens of evangelicals who actually lead MILLIONS were celebrating Christmas undistracted by impeachment & grateful for the admin's policies ... only to discover the press & internet absolutely hyperventilating over what will ultimately prove ...

... to be an inconsequential editorial from the soon-to-be retired editor @CTmagazine, a wonderful magazine which [these days] only represents a certain segment of evangelicals, many who never supported @POTUS. This is not a game changing moment or hardly a surprise. For some..

..additional context I'd suggest reading something else he wrote in '18 [below],which would be perceived as awfully offensive by scores of religious Americans & a strange statement for a [outgoing] leader of a magazine that says it aims to understand & represent all evangelicals. pic.twitter.com/QicJcA7HJO

Moore also posted an excerpt from a 2018 Galli essay in the book Still Evangelical?

In a statement addressed to the conservative Christian community as a private individual, Focus on the Family Founder Dr. James Dobson wrote, "We have read a new editorial published by Christianity Today that promotes impeachment of President Donald Trump. The editors didn't tell us who should take his place in the aftermath. Maybe CT would prefer a president who is passionately pro-abortion, anti-family, hostile to the military, dispassionate toward Israel, supports a socialist form of government, promotes confiscatory taxation, opposes school choice, favors men in women's sports and boys in girl's locker rooms, promotes the entire LGBTQ agenda, opposes parental rights, and distrusts evangelicals and anyone who is not politically correct."

"By the way, after CT has helped vacate the Oval Office, I hope they will tell us if their candidate to oppose Mr. Trump will fight for religious liberty and the Bill of Rights?" Dobson continued. "Give your readers a little more clarity on why DJT should be turned out of office after being duly elected by 63 million voters?  Is it really because he made a phone call that displeased you?  There must be more to your argument than that.  While CT is making its case for impeachment, I hope the editors will now tell us who they support for the President among the Democrat field.  That should tell us the rest of the story."