The Message of Hanukkah for Christians 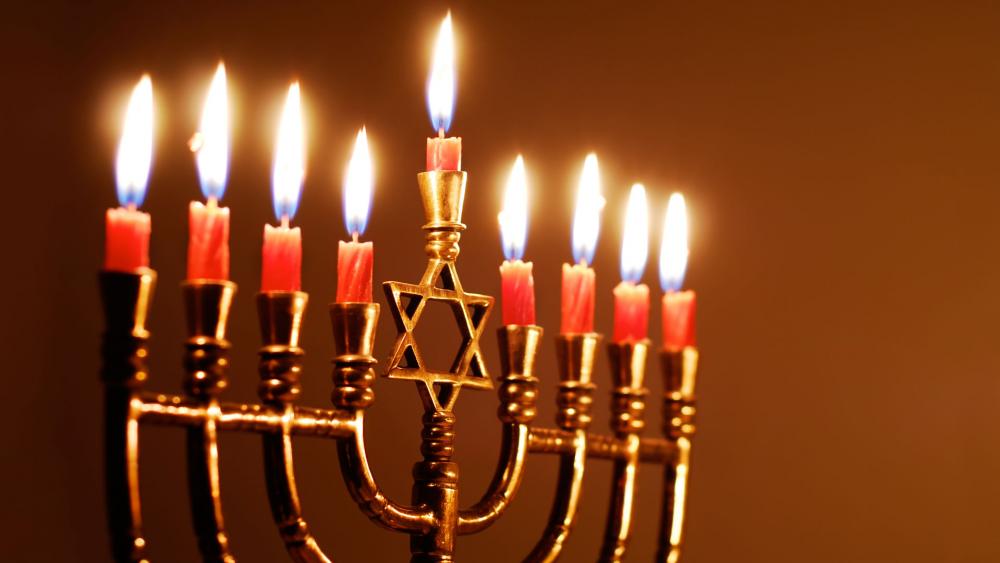 We find this in the Gospel of John actually. "Now it was the Feast of Dedication in Jerusalem, and it was winter," we're told in John 10:22. And the Hebrew word for "dedication" is Hanukkah!

The first Hanukkah came during a very dark time in the history of Israel, one in which the 'light' of God's presence among his people was in jeopardy of disappearing entirely. It would take a miracle for the light to continue to shine and would take a rededication in the hearts of the entire Jewish nation to love and worship God above all.

When Alexander the Great conquered Syria, Egypt, and Israel, he allowed each area under his control to continue observing their own religions and to enjoy a certain amount of freedom. But a little over 100 years later a man named Antiochus Epiphanes rose to power and he oppressed the Jewish people. He outlawed all Jewish religious rites, massacring Jews who refused to bow. He installed a Hellenistic (Greek-influenced) High Priest.

Antiochus offered pigs, unclean sacrifices on the Temple altar. He was driven by a passion to assimilate by forcing the Jewish people into his own world view. Everyone was ordered to worship Zeus as the supreme god. He even stamped his own face on the coins with the epithet 'god manifest.'

While the Jewish people did not at first know how to respond, eventually a small band of pious Jews led guerilla warfare against the Syrian army. Their leaders were Matityahu and his son Judah Maccabee, or "The Hammer" as he was known. Antiochus sent an army, but the Maccabees supernaturally succeeded in driving the foreigners from their land. When they arrived at the Holy Temple, it was devastated and defiled. They cleansed the Temple and re-dedicated it on the 25th day of Kislev on the Jewish calendar, which is in winter.

From oral tradition, it has been written in the Talmud that as they came to relight the Temple Menorah (the seven-branched lampstand), they searched for the special holy oil to light it but they were able to find only one small jar of oil-bearing the required seal of purity by the High Priest. Miraculously, the small jar of oil burned for eight days, during which a new supply of oil could be made. From then on, Jews around the world have observed a holiday of lighting candles for eight days in honor of this historic victory.

In Matthew, while answering his disciples' questions about the end of the age and his Second Coming, Jesus revealed that Hanukkah is going to happen again. A man called the Antichrist will force the world to assimilate to his world view, put his image on every human being and force them to acknowledge him as a god.

Jesus said, "And pray that your flight may not be in winter or on the Sabbath. For then there will be great tribulation, such as has not been since the beginning of the world until this time, no, nor ever shall be." -- Matthew 24:20-21

The world looks very dark right now. There is a spirit that seems to be squeezing and forcing believers to assimilate with the world. But God is raising up a new remnant of passionate and resilient believers who are resisting it. They are igniting a fresh wind and fresh fire within their hearts to worship and surrender their whole lives to the only one who is worthy, the Lord Jesus Christ. I believe the Holy Spirit is calling us to re-dedicate, re-fine, and re-burn our hearts and lives to him in this season.

While Jesus was at the Feast of Dedication (Hanukkah) walking on Solomon's porch, He told the people, "My sheep hear My voice, and I know them, and they follow Me. And I give them eternal life, and they shall never perish; neither shall anyone snatch them out of My hand. My Father, who has given them to Me, is greater than all; and no one is able to snatch them out of My Father's hand.  I and My Father are one." -- John 10:27-30

Jesus is the source of our Light.

"I am the light of the world. He who follows me shall not walk in darkness, but have the light of life," we read in John 8:12. And he encourages us today saying, "Let your light so shine before men, that they may see your good works and glorify your Father in heaven." -- Matthew 5:16

Jesus tells us that all who believe and trust in him will overcome darkness, and will be filled with the Light of Life. What a beautiful time of year to remember and rededicate our lives to him who gives us the miracle of eternal life.

Ray Bentley is a pastor, prophecy expert, and author. He founded Maranatha Chapel in August 1984, and the church now serves 7,000 people weekly. His daily radio show can be heard across the United States and on stations around the world. Ray Bentley Ministries produces a variety of printed, audio, and video resources for study available at raybentley.com. His latest series — The Elijah Chronicles — is a fiction series based on end-times events. The first of three books is available here, and the second is now available for pre-sale.