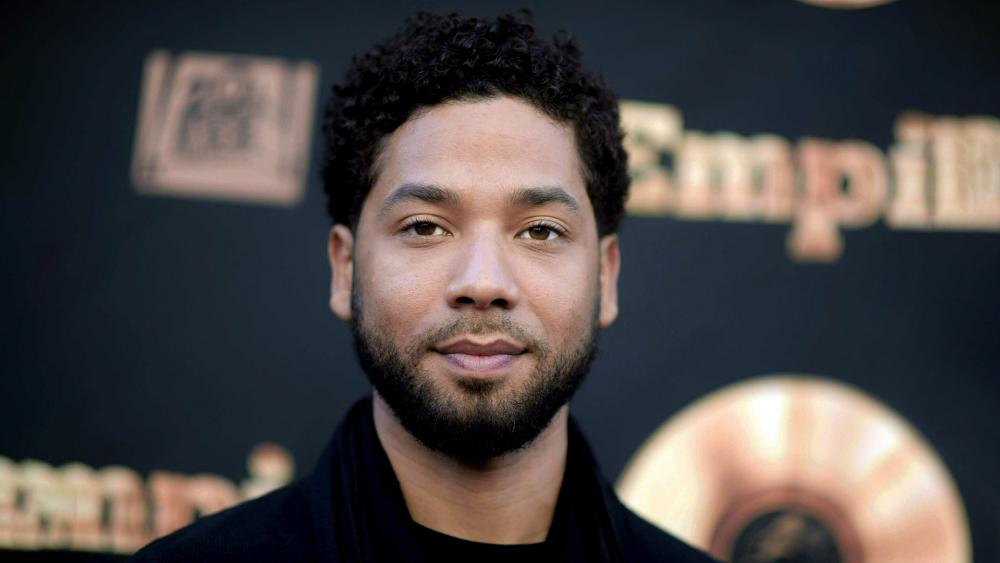 Chicago police are seeking a follow-up interview with Jussie Smollett regarding last month's alleged attack on the "Empire" actor. The news comes after new information emerged over the last few days prompting law enforcement to "shift" the course of their investigation.

"We're not confirming, denying or commenting on anything until we can talk to him and we can corroborate some information that we've gotten," police spokesman Anthony Guglielmi said.

Smollett, who is black and gay, claims two masked men yelling racial and anti-gay slurs attacked him as he was returning to his Chicago apartment at approximately 2 a.m. on Jan. 29. He says the men beat him, poured some sort of chemical on him, and placed a rope around his neck – all while declaring, "This is MAGA country!"

However, police say information provided by two Nigerian brothers regarding the incident had "shifted the trajectory" of the probe.

According to Chicago's CBS 2 News, Smollett paid the siblings $3,500 to stage the Jan. 29 attack before departing for Nigeria and promised them an additional $500 when they returned to the states. The brothers were released Friday without charges.

When the alleged attack was first reported, some on the Left rushed to call it a hate crime. Sen. Kamala Harris (D-CA), a Democratic presidential contender for 2020, called it a "modern-day lynching."

To those in Congress who don't feel the urgency to pass our Anti-Lynching bill designating lynching as a federal hate crime– I urge you to pay attention. https://t.co/EwXFxl5f2m

But the latest development in the probe has fueled the suspicions of skeptics who have long claimed the alleged Smollet attack was nothing more than an elaborate hoax with the news media rushing to join the cause.

"It appears that Jussie Smollett tried to manufacture a hate crime to make Trump supporters look bad and most of the media not only uncritically accepted his lies as facts for weeks, but attacked those who questioned the validity of his false story," Donald Trump Jr. tweeted over the weekend.

It appears that Jussie Smollett tried to manufacture a hate crime to make Trump supporters look bad and most of the media not only uncritically accepted his lies as facts for weeks, but attacked those who questioned the validity of his false story.

"Shocked, I really thought MAGA folks (who are all over downtown Chicago) were waiting with a rope/bottle of bleach to ambush a righ guy at 2am in minus 4 degrees because those are conditions where all people go out for Subway rather than order Seamless. Seemed so real," he tweeted later.

While news of the attack initially garnered widespread support widespread sympathy and support for Smollett, some appear to be backing away from their defense of the actor.

For instance, The Blaze reports that House Speaker Nancy Pelosi (D-CA), who took to Twitter to denounce the "racist, homophobic attack" on Smollett as "an affront to our humanity," has since deleted her tweet.

Why did you delete this? pic.twitter.com/cNRDxNxFVK

And some in the media, like ABC's Robin Roberts, who interviewed Smollett last week regarding the alleged attack, appeared to acknowledge the growing skepticism surrounding the Smollett attack.

"When I sat down with Jussie it was Tuesday night in Chicago, at the time to give his first account, publicly give his first account of what he said happened," Fox News quoted Roberts as saying. "At that time, on Tuesday, police officers were saying that his account was consistent, it was credible, and that he was being cooperative. This was all before the interview aired on Thursday, and then we found out about the brothers."

Sen. Cory Booker is now "withholding" his comments about the alleged incident, but he's not retracting his initial "modern-day lynching" assessment. At the same time, Booker is using the suspicious Smollett case to continue to argue that right-wing, white supremacists are the main source of terrorism in America. See his comments in the tweet below:

.@eschor asks @CoryBooker to respond to reports that the Jussie Smollett attack may have been planned by the actor.

He called the attack a "modern day lynching" when the news broke. pic.twitter.com/8Zf8y7vhrv

Meanwhile, The Associated Press reports that attorneys for Smollett say their client feels "victimized" by the suggestion that he'd staged the assault, insisting, "Nothing is further from the truth and anyone claiming otherwise is lying."

Smollett has also sought to dispel the notion that he's been less than forthcoming with police regarding the investigation. The actor has turned over heavily redacted phone records to prove he was on the phone with his manager at the time of the alleged incident; however, police said that was not sufficient for a criminal investigation.