'Share in the Burden': DC Churches Reaching Out with Food Aid for Struggling 'Shutdown' Families 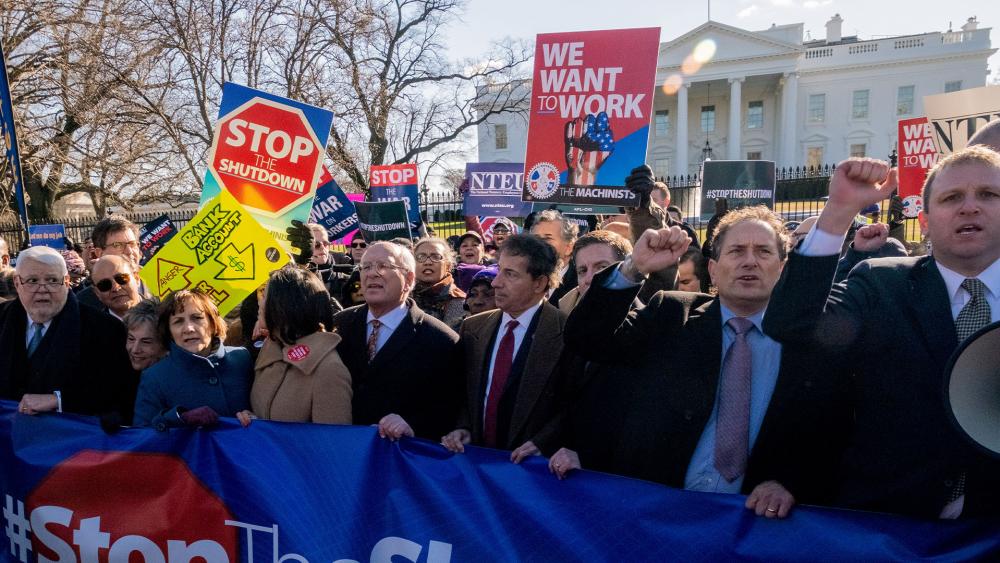 WASHINGTON – The US House of Representatives voted Friday to provide back pay to federal employees after the shutdown ends, sending the bill to President Donald Trump for his signature.

That bit of good news comes as the ongoing shutdown has left hundreds of thousands of government workers without paychecks today.

Workers from National Air Traffic Controllers Association staged a protest in front of the White House Friday. Hundreds of unpaid workers chanted for the end of the shutdown and for their jobs back.

"And at the end of the day, it's just complete nonsense," said NATCA President Paul Rinaldi. "Zero paychecks are hitting our bank accounts right now. These are real people. Real consequences."

They were joined by congressmen and senators who addressed the crowd before they went to the gates of the White House. Among them were Democratic Sens. Chris van Hollen, Amy Klobuchar, and socialist Bernie Sanders. During the shutdown, government workers who are out of a job are allowed to file for unemployment to receive immediate financial assistance.

One federal worker tells CBN News it's a good option to tide his family over for now. Then he just has to pay it back when he finally gets his back pay once the shutdown ends. "When I do get my back pay, the state will send me a payment schedule to pay back the benefit," he explained.

Meanwhile, churches in the DC area are reaching out to offer aid to families struggling to cope with the lack of a paycheck due to the shutdown.

Fox 5 DC reports First Baptist Church of Glenarden, which boasts 10,000 members, is providing three week's worth of food to affected workers in the area.

"They don't understand why they have to go through it, and many people say it's never lasted this long," said Rev. Cynthia Terry, who serves as an associate minister at the church. "So they're able to get through it because we share in the burden."