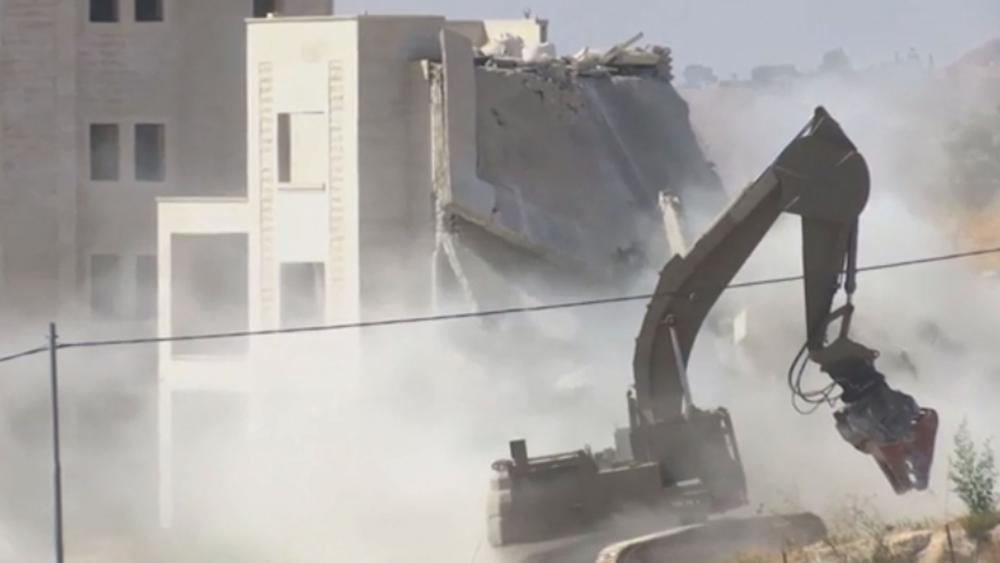 JERUSALEM, Israel - The United States on Wednesday prevented an attempt to get the United Nations Security Council to formally condemn Israel for demolishing Palestinian homes near Jerusalem.

Reuters reports that Kuwait, Indonesia, and South Africa brought a five-paragraph draft condemnation to the Security Council on Tuesday. The draft reportedly said that the demolition "undermines the viability of a two-state solution and the prospect for just and lasting peace."

The US, which has repeatedly accused the UN of anti-Israel bias, said it would not support the text. Such formal condemnations require consensus from all 15 Security Council member states. Supporters revised the condemnation, but that too was rejected by the US.

Israel drew international scorn after it began on Monday the demolition of 10 Palestinian apartment buildings in a southern Jerusalem neighborhood called Sur Baher. One specific area of the neighborhood, Wadi al-Hummus, falls outside of the Jerusalem municipality and is controlled by the Palestinian Authority in the West Bank.

Israel says the homes were built too close to the security fence and pose a serious security risk to Israelis. In 2012, Israel told Palestinian leaders that the buildings were illegal and could not be constructed.

Palestinian residents affected by the demolitions say the Palestinian Authority gave them permits to build the homes nearly a decade ago, and that it takes too long to receive building permits from Israel.

Most of the buildings Israel demolished were unfinished and could not be used as residences. UN officials say 17 Palestinians will be displaced.