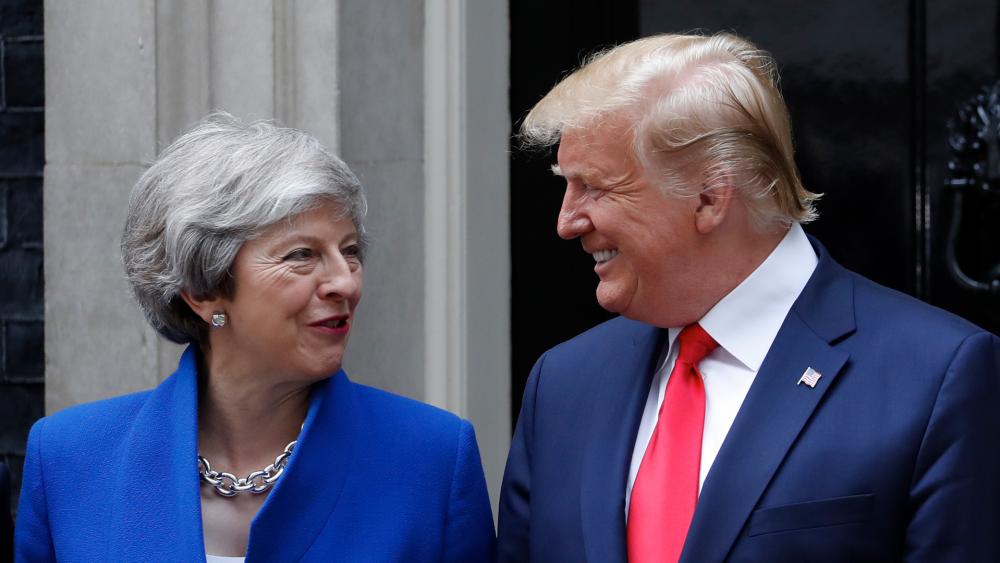 President Trump met Tuesday with outgoing British Prime Minister Theresa May during his visit to the United Kingdom, looking for an even better trading relationship between the US and the UK.

Trump is urging May to "stick around" to work out a trade deal specifically between the two countries. That deal would go into effect once, or if, the UK finally leaves the European Union after the "Brexit" vote.

May has resigned and is leaving office next week because she couldn't work out a Brexit deal.

At a joint news conference with May, Trump said the US is committed to a "phenomenal" trade deal with Britain as it prepares to leave the European Union.

He said if the Brexit deal passes -- they could do 2 to 3 times that amount of trade they're currently conducting.

"Both countries are doing very well and participated in a roundtable with industry and business leaders. I can say probably the biggest business leaders anywhere in the world," the President said. "Our nations have more than $1 trillion invested in each other's economics. The United Kingdom is America's largest foreign investor and our largest European export market. That's a lot of importance."

May has been criticized by her failure to achieve Brexit and is stepping down this week.

"What is paramount I believe is delivering on Brexit for the British people and I seem to remember the President suggested I sued the European Union which we didn't do. We went into negotiations and came out with a good deal," May said.

It will be the new prime minister's responsibility to achieve Brexit and any trade deal with the US.

Tuesday's meeting comes after Trump's arrival on Monday and a grand state dinner at Buckingham Palace.

After focusing on business and trade, the President will use the next two days to mark the 75th anniversary of the D-Day landings on June 6, 1944. D-Day marked the beginning of the end of the occupation of Europe by Nazi Germany.

Meanwhile, the US is on track to slap new tariffs on Mexico, Trump said during his visit to the UK.

The President says Mexico needs to do more to stop the record number of migrants crossing the border.

Trump said Mexico tariffs will 'likely' go into effect Monday, six days from now. They'll start at 5% and max out at 25% if Mexico doesn't do more to crack down on migrants crossing their border into the US.

The Department of Homeland Security says the US is on track to apprehend 1 million illegal immigrants at the border this year, including a 600% increase in family units from Central America.  According to the department, some 53,000 family unit migrants were apprehended in March alone.

"Mexico shouldn't allow millions of people to try and enter our country and they could stop it very quickly and I think they will," Trump said. "We're going to put tariffs on and every month. Those tariffs go from 5% to 10% to 15% to 20% and then to 25%. And what will happen then is, all of those companies that left our country and go to Mexico are going to be coming back us and that's ok."

The tariffs are on track to start despite a summit between the US and Mexico scheduled on Wednesday. Secretary of State Mike Pompeo is set to meet with Mexico's leadership in an effort to work out a deal.

This move to slap tariffs on Mexico is getting some push back from the President's own party.  Some Republican lawmakers aren't a fan of this move, but the President is not concerned.

"I don't think they will do that if they do it's foolish," Trump said. "There is nothing more important than borders. I've had tremendous Republican support. I have a 94% approval rating in the Republican Party" 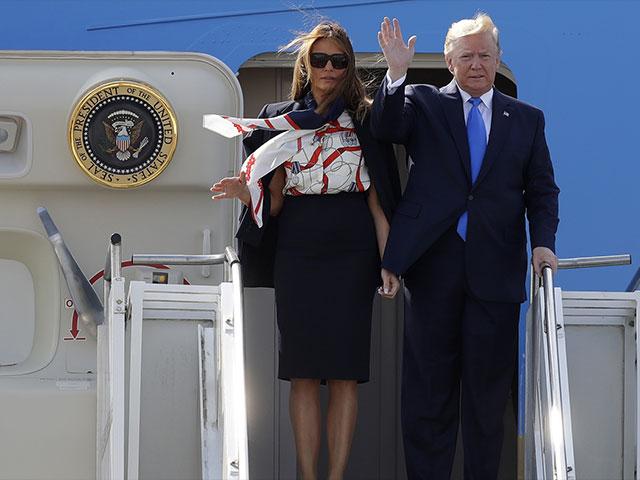