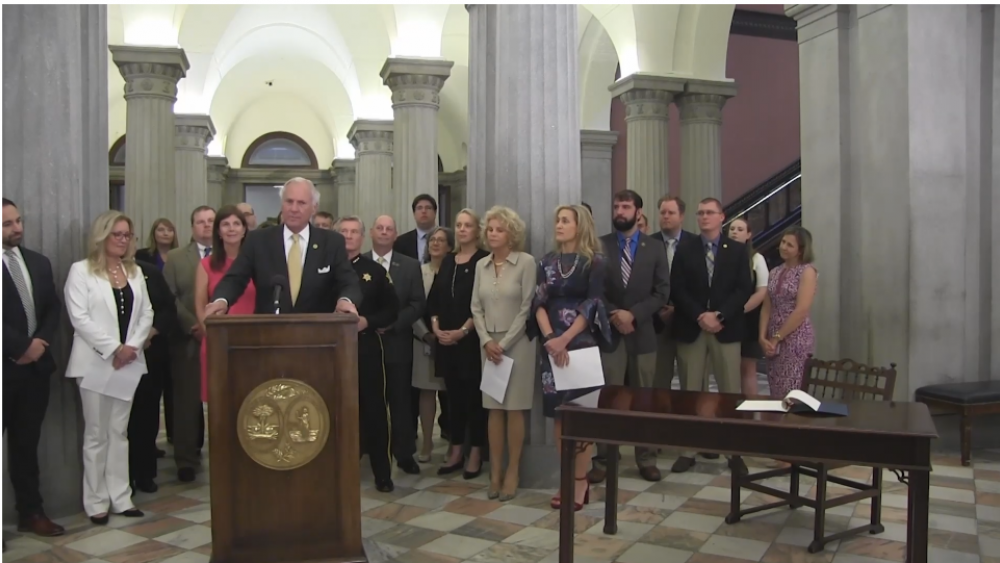 Donna Rice Hughes, president of Enough Is Enough spoke to CBN News about the Children's Pledge.

The pledge makes the issue of sexual exploitation of children a top priority in the state.

Teaming up with the organization Enough Is Enough (EIE), the signing took place following a news conference in Columbia on Wednesday.

"We know that children are our most important asset, we must do everything we can to keep them safe," said McMaster. "The problem with internet crime and attacks on children and sex trafficking and all of those things are part of a picture not only in our country but around the world."

The pledge also states the need to examine the harmful public health impact of pornography on youth.

The pledge also explains that preventing sexual exploitation of youth involves a shared reponsibility from the public, industries, and the government.

Thirteen states have adopted resolutions to declare pornography a public health crisis since 2016.