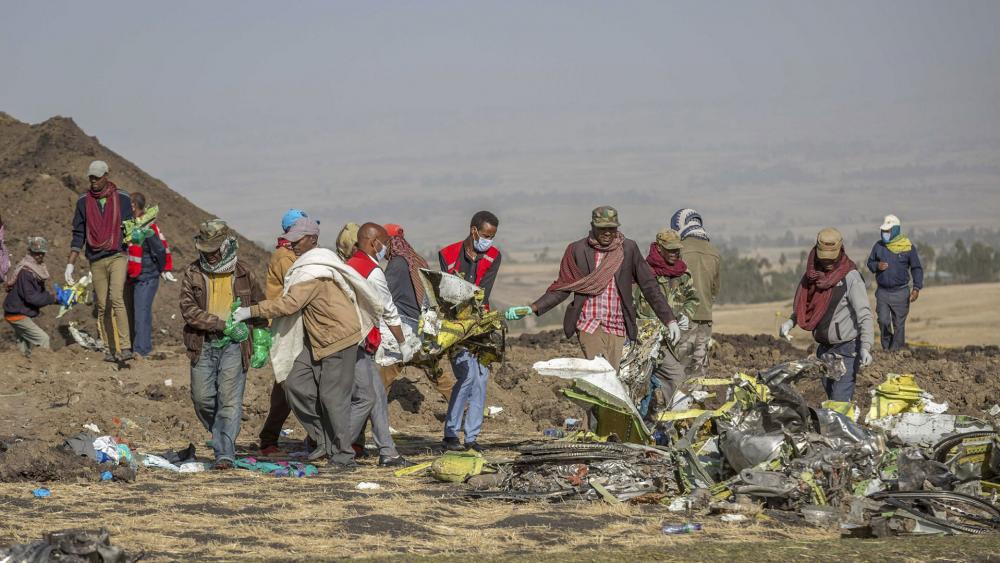 The nation of Ethiopia observed a day of mourning Monday for the victims of an Ethiopian Airlines crash which killed all 157 passengers and crew on board.

The Boeing 737 MAX 8 aircraft crashed Sunday morning shortly after takeoff from the Ethiopian capital of Addis Ababa. It was en route to Nairobi, Kenya.

Ethiopian Airlines said the senior pilot issued a distress call and was told to return but all contact was lost shortly afterward.

"I heard this big noise," resident Tsegaye Reta told The Associated Press. "The villagers said that it was a plane crash, and we rushed to the site. There was a huge smoke that we couldn't even see the plane. The parts of the plane were falling apart."

Boeing is sending a technical team to the crash site to help Ethiopian and US investigators determine the cause of the crash. The plane's black box has been recovered, but it is damaged.

Mark Weiss, director of international operations for Reagan AeroTech, noted it's a chain of events that lead up to a plane crash.

"You have to remember one thing in a plane crash. Generally speaking, an accident is not caused by some single event. It's a chain of events that lead up to that crash," Weiss said. "They are going to be looking at all those parameters, because when the National Transportation Safety Board, after their investigation completes, what they come up with what they call a 'probable cause'. They are going to list the requirements that they feel necessary to help prevent this from happening again."

The crash follows a similar one of a Lion Air jet of the same model in Indonesian seas last year, killing 189 people.

As a precaution, airlines in Ethiopia, China, and Indonesia have grounded their Boeing 737 Max 8 aircraft.  In addition, Cayman Airways located in the Caribbean has also temporarily grounded its Max 8s.

"Safety is our number one priority and we are taking every measure to fully understand all aspects of this accident, working closely with the investigating team and all regulatory authorities involved," Boeing said in a statement.

The company has sold 357 737 Max airplanes to airlines around the world and has orders for more than 5,000. 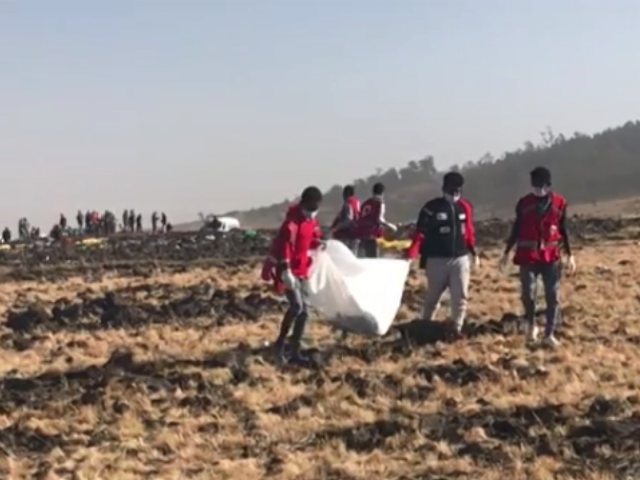 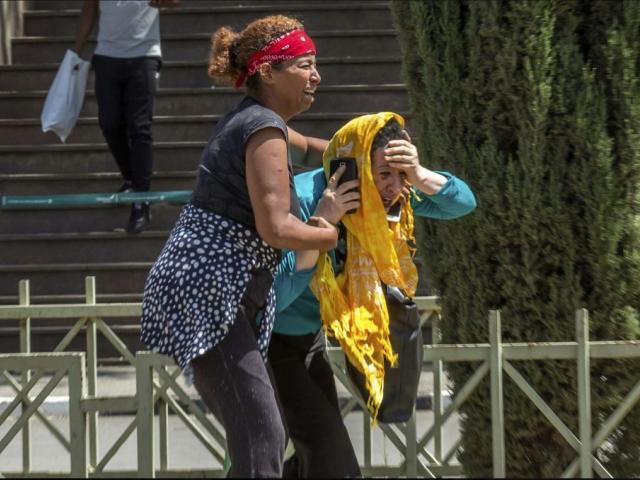