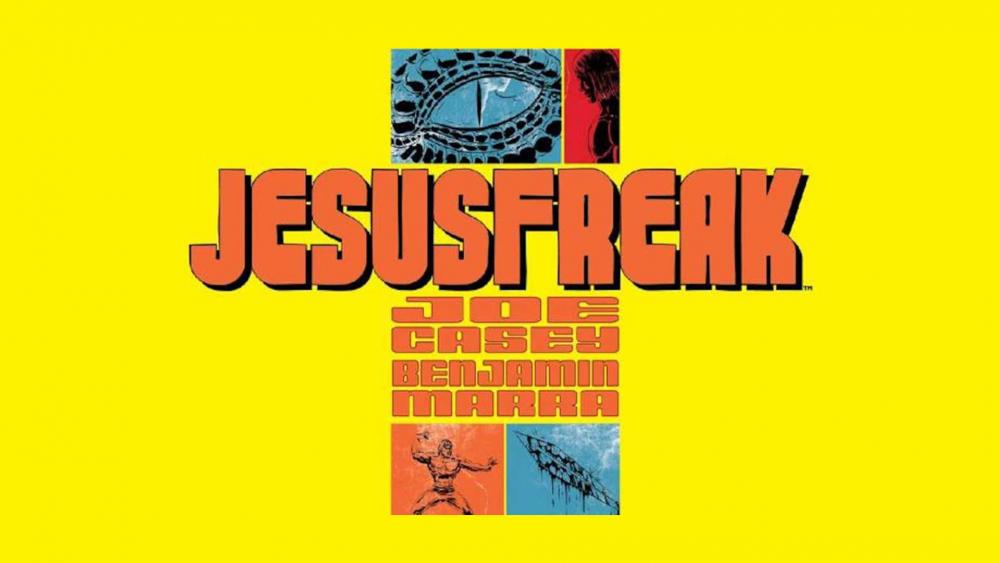 If you thought DC Comics’ since-canceled “Second Coming” series was bad, this new comic book will be a real doozy.

The new series from Image Comics, “Jesusfreak,” by writer Joe Casey and artist Benjamin Marra, characterizes Jesus as an unadulterated killer out to fatally punish his adversaries, according to The Hollywood Reporter.

Slated for release March 20, the publisher said in a statement the graphic novel is “a bloody, two-fisted tale of historical heroic fiction featuring a young Nazarene carpenter who is having some trouble finding his place within the violent world around him.”

Casey argued the series is “less inspired by any strict religious traditions and is instead more concerned with exploring the unique tension that exists between depicting a mythical figure and a historical figure — a tension that is compounded when, for many, they’re considered the same person.”

The graphic novel seems to peal away different parts of God — his perfect judgment and his wrath chronicled in the Old Testament — and splice them together into a warped counterfeit of the creator.

We are imperfect and we do deserve eternal damnation, but Jesus stepped in to pay the price we could never pay, fulfilling God’s wrath and extending to us his mercy and grace.

As for “Second Coming,” the series by comic writer Mark Russell was canned by DC Vertigo following intense backlash over the graphic novel’s storyline, which follows the second coming of Jesus as he “learn[s] what it takes to be the true messiah of mankind by becoming roommates with the world’s favorite savior: the all-powerful superhero Sun-Man, the Last Son of Krispex.”

For his part, Russell thanked DC and said the series will be released by another publisher:

The: DC/Vertigo’s cancellation of the orders for Second Coming, just so you know, DC did not do anything untoward to me. I asked for the rights back and they gracefully agreed. They’ve been a pleasure to work with and it will still be released, albeit with a different publisher.

Neither a released date nor a prospective publisher has been announced.