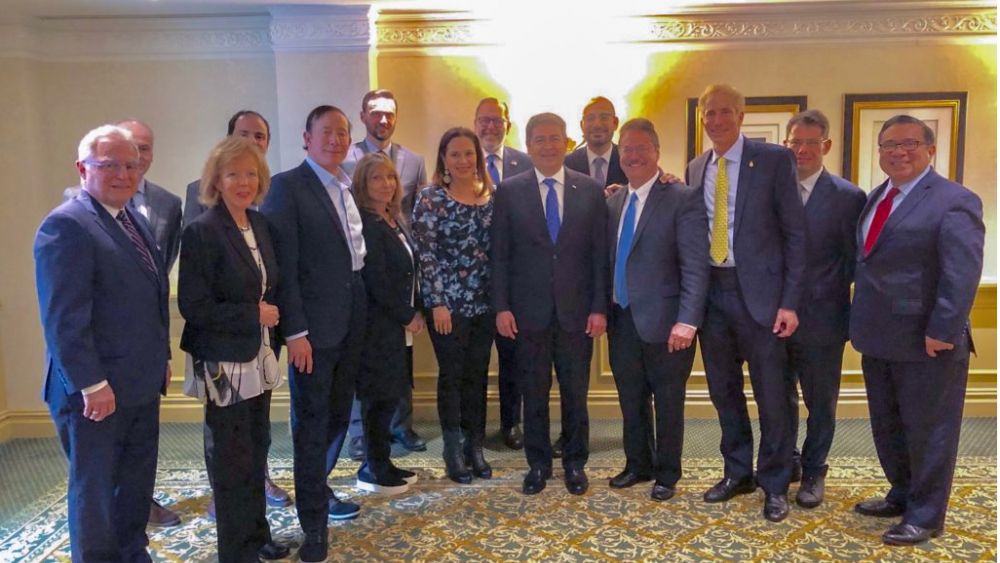 Romania and Honduras will be moving their embassies to Jerusalem.

The official announcement for Romania was made Sunday at the AIPAC Policy Conference in Washington, D.C., by Romanian Prime Minister Viorica Dăncilă, according to The Times of Israel.

"As we all know, President Donald Trump opened the Embassy of the United States in Jerusalem. This admirable and brave step impressed me, my government and the Romanian people," Dăncilă, who also serves as president of the council of the European Union, told the conference.

"Moving the American embassy is emblematic and it proves the powerful connection of values and interests between the American people and the Israeli people," she said.

"In fact, the Romanian government initiated the process of evaluating the opportunity of moving the Romanian embassy to Jerusalem. This is why I am pleased to announce today in front of this AIPAC audience that after the finalization of this analysis, with all the constitutional actors involved in the decision-making process and in full consensus that I, as prime minister of Romania, and the government that I run will move our embassy to Jerusalem, the capital of the State of Israel," she continued.

Watch Dăncilă's announcement at the conference.

Honduras also announced its intention of moving its embassy from Tel Aviv to Jerusalem at Sunday's conference. Hamodia reports Honduras President Juan Orlando Hernandez said Honduras would "immediately transfer our official diplomatic mission and this will extend our embassy to the capital of Israel, Jerusalem."

The Latino Coalition for Israel (LCI) held a meeting with Hernandez Tuesday to applaud his decision.

“As part of Latino Coalition for Israel‘s Jerusalem Task Force Mission we have been [dialoguing] with President Hernandez and Honduran church leaders over the past year to encourage the move of their Embassy to Jerusalem," LCI President Mario Bramnick said in a statement.

"We were very honored to host President Hernandez at this meeting," Bramnick continued, "to show our great appreciation for his strong support for Israel and for the further practical steps President Hernandez will soon take in the course of officially recognizing Jerusalem as the capital of Israel. We look forward to seeing this process successfully culminate in Honduras’ inauguration of its Embassy in Jerusalem."

“The Israeli community in America applauds President Hernández’s courageous decision to move the Honduran embassy to Jerusalem amid rising antisemitism around the world. We commend his leadership as President Hernández bravely stands up to those who continually try to deny the historic connection of the Jewish people to their homeland, the land of Israel and the city of Jerusalem," said Milstein.

Israel's Prime Minister Benjamin Netanyahu thanked both Dăncilă and Hernandez in a series of tweets.

I thank my friend, the President of Honduras, Juan Hernandez, for his announcement regarding the immediate opening of a diplomatic mission in Jerusalem that will deal with trade, as a first step towards transferring the embassy of Honduras to Jerusalem.

I congratulate my friend, the Prime Minister of Romania, Viorica Dancila, on her announcement at AIPAC that she would act to complete the procedures needed to open the Romanian embassy in Jerusalem.

Brazil is considering a similar embassy move.  The Czech Republic may also move its embassy from Tel Aviv to Jerusalem as well.

The AIPAC Policy Conference is the largest gathering of America's pro-Israel community, according to the conference's website.