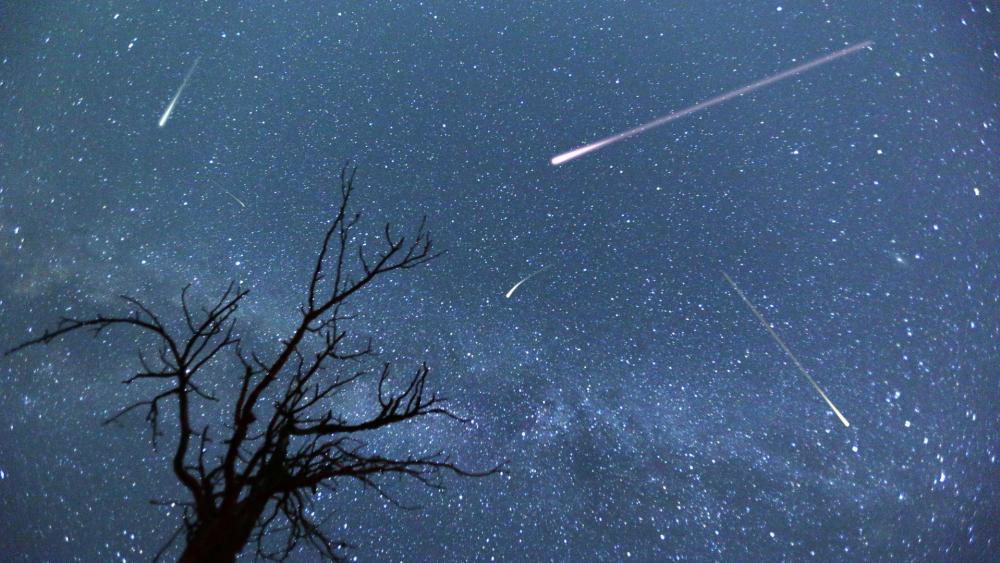 When you were younger did you ever wish upon a shooting star? You could have a very good chance of seeing several "shooting stars" Thursday night with weather permitting in your area.

You should look for shooting stars to the east-southeast sky as the Alpha Monocerotid meteor shower is due to reach its peak, according to The Farmers' Almanac.

Scientists expect that Earth will plow through a dense, albeit narrow trail of dusty material left behind by a comet. When tiny pieces of dust or debris called meteoroids, enter Earth's atmosphere, they heat up and glow, producing the effect popularly known as "shooting stars."

The comet that may be responsible for Thursday night's show has never been sighted. However, it has evidence of its existence based on four previous encounters with the Earth, leaving a trail of space debris in its wake.

Now based on calculations made by the Almanac's researchers, another brief meteor "outburst" is expected late on Thursday night.

"Had we known in advance about this meteor display, we certainly would have included a blurb about it in our 2020 edition," notes Farmers' Almanac Managing Editor, Sandi Duncan, adding  "but we still want to get the word out for people to be ready to see it."

The Almanac suggests that to best see these fiery streaks of light, try to get away from city lights, bundle up, and face toward the east-southeast while fixing your eyes on no single part of the sky. The expected meteors can appear anywhere in the sky, but if you trace their paths backward, they should all seem to emanate close to Procyon, a bright yellowish-white star in the constellation Canis Minor.

For East Coast observers, the peak should come at 11:50 pm Eastern

Meteor activity should quickly rev-up after 11:30 Eastern and conceivably could be all but over by 12:10 am Eastern It will be that quick.  If nature is in a show-off mood, you might end up seeing dozens of shooting stars to wish on.