Sick of the Robocall Epidemic? Congress Finally Pulling the Trigger on Those Harassing Phone Calls 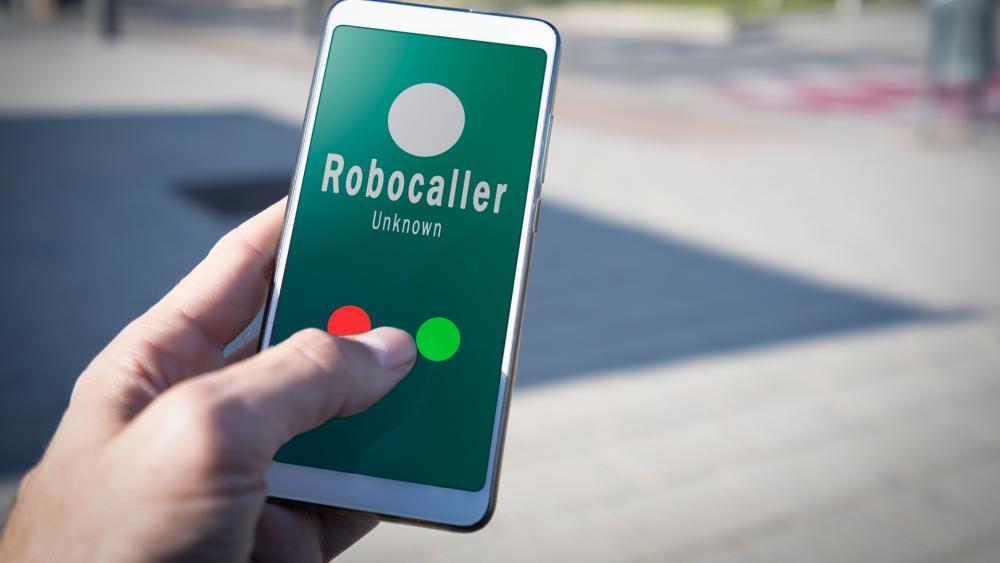 It doesn't matter whether you have a landline or a mobile phone. Robocalls can ring you up anytime, anywhere.

According to the Federal Trade Commission, if you answer the phone and hear a recorded message instead of a live person, it's a robocall. If you're getting a lot of robocalls trying to sell you something, odds are the calls are illegal. Many are also probably scams.

If you're like me, you're sick of receiving these calls. But unlike that "friend" on social media that tried and failed to persuade you to their way of thinking, robocalls continue to ring, ring and ring on your cell phone or home phone.

In a report released by the FCC earlier this year, it's estimated that 45 percent of robocalls made to cell phones would be scams.  At least 90 percent of those calls are what is known as "spoofing" - making it look like you are receiving a local call, thus you might be more trusting of the person at the other end of the line and even giving them money or your personal information.

Let's put it into a number for each one of us. A survey by the AARP Fraud Watch Network says an estimated 48 billion robocalls were made last year. That's 146 robocalls for every man, woman, and child in the US.

According to an op-ed published by the news website The Hill, Americans actually receive more than 4 billion robocalls each month.

My personal war with robocalls began more than 5 years ago. My family and I had moved to another state and I kept my old telephone number so friends could still get in touch with me.

But it wasn't friends who began calling. It was, you guessed it, robocalls. The calls are for health insurance, prescription services, car warranty and yes, even calls from India telling me my "Microsoft warranty had expired on my computer."

I would receive anywhere from 7 to 10 calls a day. When I returned to Oklahoma last February to bury my mother, there was still no peace in which to mourn. I received at least six robocalls on the day of her funeral.

I even ended up recently with a call from Russia. So instead of playing along, I blocked it. But my question is: How long will it be before they use another number and call back?

Congress has been taking steps to fight this problem throughout 2019. The House first passed a bill in July and the Senate passed a new version the week before Christmas to stop companies from making robocalls, so the effort is underway to put a stop to the epidemic.

What You Can Do to Stop Robocalls Right Now

The FCC suggests the following tips on its website.

Talk to your phone company about call blocking tools they may have and check into apps that you can download to your mobile device to block unwanted calls.

If you use robocall-blocking technology already, it often helps to let that company know which numbers are producing unwanted calls so they can help block those calls for you and others.

To block telemarketing calls, register your number on the Do Not Call List. Legitimate telemarketers consult the list to avoid calling both landline and wireless phone numbers on the list.

Consumers can file complaints with the FCC by going to fcc.gov/complaints.  You can also contact the FTC to report your experience. You can do that online at ftc.gov or by calling 1-877-FTC-HELP.

You should choose the phone form and the "unwanted calls" issue for all complaints involving unwanted calls, including if your number is being spoofed, blocked, or labeled.

If you have a complaint about telephone fraud or telemarketers who have disregarded the Do Not Call list, file a complaint with the FTC.

Other Ways to Battle RoboCalls

If you're like me, you don't want to pay extra to stop spammers from calling you. After all, you pay for the phone, why would you want to pay even more to stop robocalls?

You would think that your phone carrier would supply some aid in fighting unwanted calls. Some carriers do, some do not. Others charge for the service.

The free app that I've had the best luck with is YouMail and I've tried several.

In September, Mashable recommended 7 of the best robocall blocking apps and tools for avoiding phone spam, including the best free app, the best-paid app, and even the best for getting revenge on spammers app. (Yes, now it's getting serious.)

Will Congress Give the American Consumer Aid Against Robocalls?

The final bipartisan bill concerning robocalls was finally hashed out between the House and Senate before Christmas. Critics say it doesn't go far enough, but supporters are happy that something is finally being done.