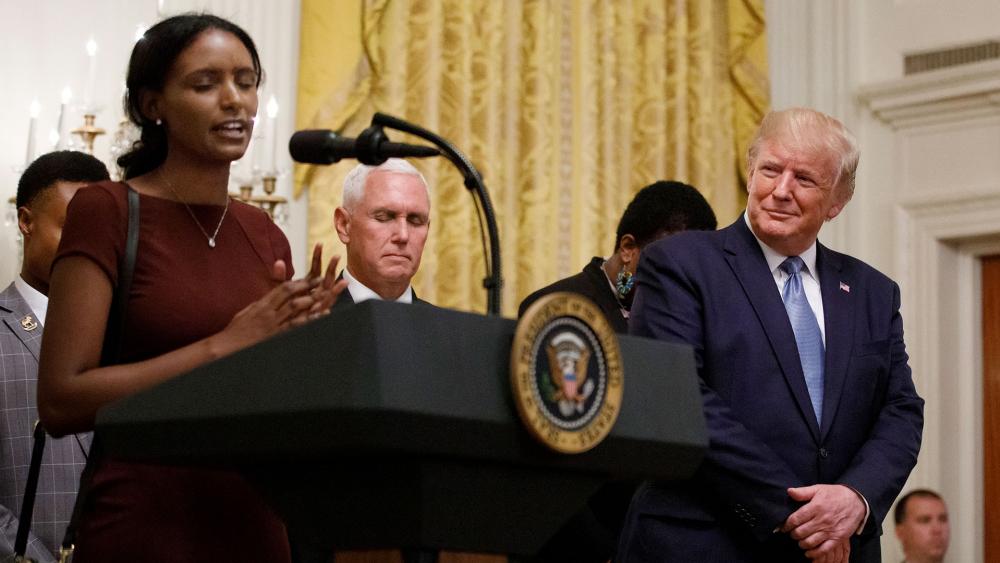 Young influencers gathered at the White House last Friday for the Young Black Leadership Summit, and one attendee’s presence made a lasting impact.

Mahalet was born into an impoverished family in Ethiopia and was soon abandoned by her birth parents. Ultimately, she was adopted by a Christian family in Indiana and traveled to the U.S. at age 11, according to Benny Johnson, chief creative officer for the right-leaning Turning Point USA.

Last week, she visited Washington, D.C., to take part in the leadership summit. During the group’s visit to the White House, Mahalet was given the unplanned opportunity to speak from President Donald Trump’s podium, where she expressed support for the Republican leader and offered up a prayer for the country, which she said is embroiled in both political and spiritual “warfare.”

Mahalet was born in Ethiopia.
Abandoned by her parents, she lived as an impoverished orphan.

Mahalet was adopted by a loving, Christian American family at 11.

This week @TPUSA brought her to the WH. She asked to pray for our President. He brought her onstage-then this happened: pic.twitter.com/kYoUT365Rq

“I’m not really good with prayers or anything like that,” Mahalet, clearly nervous, said when she reached the stage. “But I just want to say thank you, Mr. President, and I know we have a political warfare right now, but I strongly believe that it is a spiritual one as well.”

She then urged her fellow summit-goers to begin “looking to God instead of social media” and to trust in Jesus because he “saves.”

“This country was founded upon the Constitution, was built on godly principles, and we’re gonna fight for that,” Mahalet continued. “And I just want to encourage you guys to pray every day for this nation.”

The young Ethiopian immigrant then offered up a prayer for Trump, asking God to protect the president and give him wisdom as he navigates difficult issues. Mahalet concluded her prayer by asking God for provision as “the enemy tries to attack us every single day.”

Faithwire: ‘Wicked and Unjust’: Evangelical Leaders Respond to Trump’s Decision to Pull Troops Out of Syria

Not long after the event, Trump tweeted about the encounter with Mahalet, describing the experience as “so amazing.” 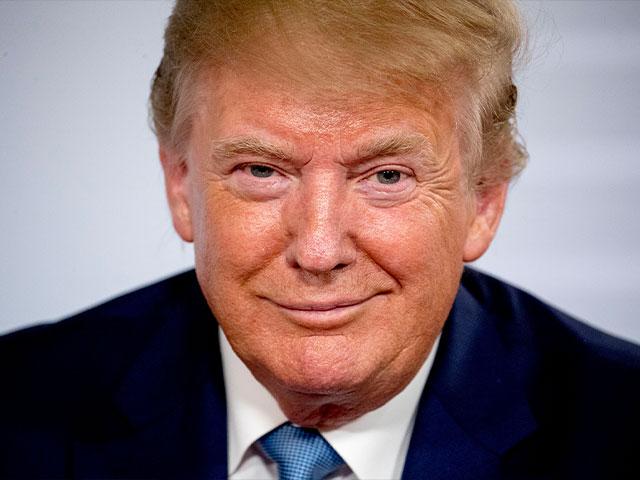 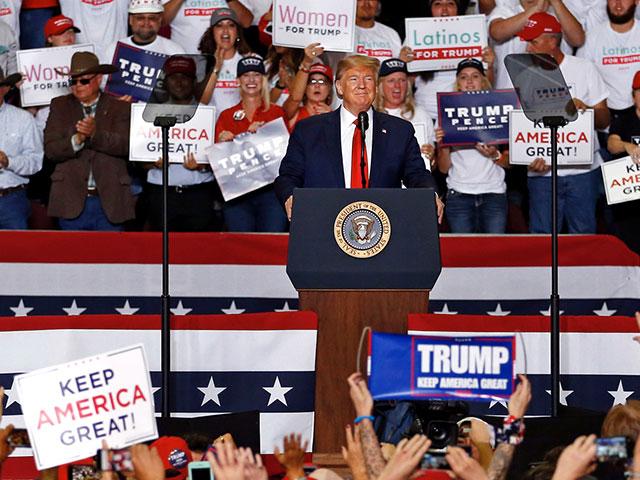