Ben Carson Tours LA's Skid Row: 'There Are a Lot of Verses in the Bible About Our Obligation to the Poor' 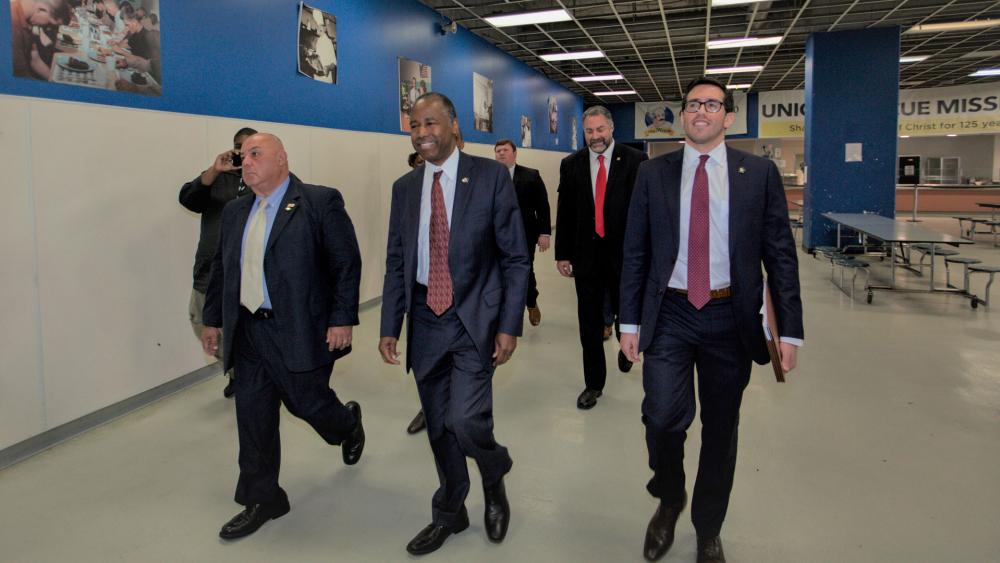 Combating California's homelessness is increasingly becoming a focus of the Trump administration.

The White House says 47 percent of America's homeless population is located in the Golden State alone.

One issue according to the administration is a lack of affordable housing in the state.

Although it's unclear how the government would fix the issue, Housing and Urban Development Secretary Ben Carson says all options are on the table.  He's calling on all levels of government to work together with advocates, nonprofits, faith-based organizations, and advocacy groups.

On Monday, the same day President Trump visited Los Angeles, Carson got a first-hand look at LA's Skid Row. The latest count showed the homeless population rising to more than 36,000 and they're not only located downtown but throughout various parts of the city.

"Well, you know, I am a Christian," Carson told the assembled media. "I believe in the Bible and there are a lot of verses in the Bible about our obligation to the poor.  And that coupled with my own experience and recognizing that there is a pathway out."

One option floated by Carson is using vacant federal buildings in California as homeless shelters.

"It's a severe crisis in L.A. and in many parts of California because it's not just a fact that people are out on the street, but you know there's feces on the street, there are all kinds of health hazards there. And this could really blow up into a major epidemic. So we need to do something," said Carson on Fox News @ Night Tuesday.

Carson told the network the president wants to investigate a range of options, including policing and mental health.

"We must understand that as a nation we have failed a lot of the mentally incapable people by just throwing them out and not supporting them," Carson continued. "Some people think that that's compassion. But that's not compassion at all. We have to really begin to work with the American Psychiatric Association and some others in terms of what kinds of programs are going to work for these individuals," he said.

Returning from California on Tuesday, President Trump spoke to reporters on Air Force One about California's problem with homelessness.

"We can't let Los Angeles, San Francisco, and numerous other cities destroy themselves by allowing what's happening," he said.