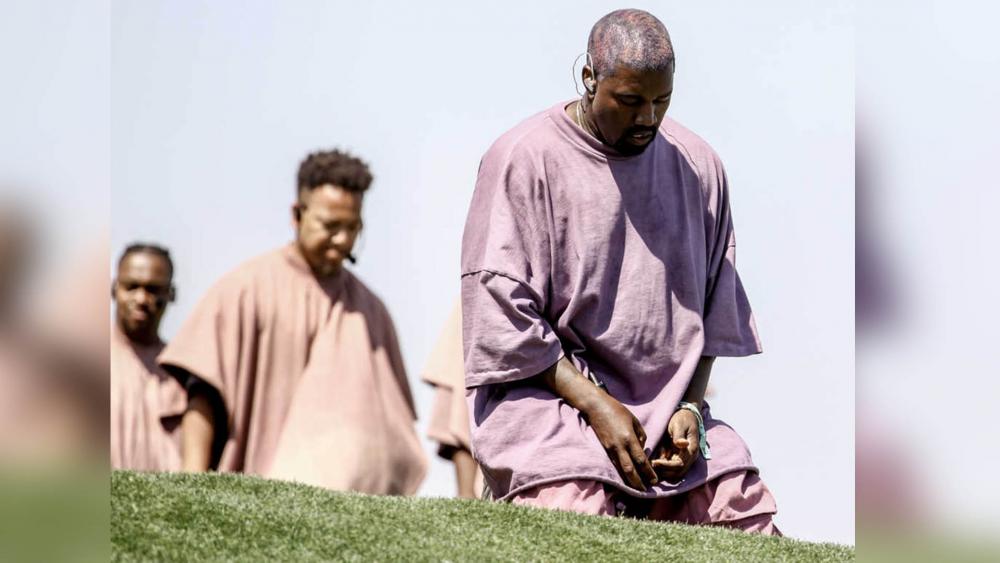 Posting on Twitter, the reality TV star’s footage showed a group of people singing “Glory, glory, hallelujah! Holy Spirit, we call on ya. He’s our rock and our salvation.”

A couple of weeks back, pop singer Tori Kelly lent her voice to the mix, while Justin Bieber’s manager Scooter Braun was seen in attendance. This week, Brad Pitt could be seen attending the gathering, conversing with host Kanye West.

Last week, Kim revealed that Kanye’s next album would be titled, “Jesus is King,” and shared some of the tracks that would be featuring on the new record. Among them are: “Selah,” “God Is,” “Wake the Dead,” “Through the Valley,” “Sunday,” “Baptized” and “Sweet Jesus.”

There has been something of a spiritual resurgence among many of Hollywood’s A-listers, with Justin Bieber himself leading worship at an LA church last week.

“I never would have made it without you,” the singer roared during the set at the Beverly Hills branch of Churchome. “Now I see that you were there for me!” he declared.

In a video obtained by TMZ, the church’s pastor, Judah Smith, could be seen taking to the stage to commend Bieber in his gift of leading worship.

“We first met when Justin was, like, eight or something in Toronto and he’s always been a worshiper and it’s a lot of who he is,” Smith explained. “I want to be part of a church where everybody gets a fair shake in using their gift to contribute to the community. Far be it from me to stand in the way of someone who clearly has a gift to lead worship.”

At that point, Justin himself starting talking to the congregation, insisting that his appearance on stage was not “a show.”

“I want to second that too, I’ve kind of not done this because I felt like — I didn’t want to make it seem like — I don’t know. Judah, you know what I’m trying to say. I just didn’t want people to think, like, this was a show,” the singer humbly explained.