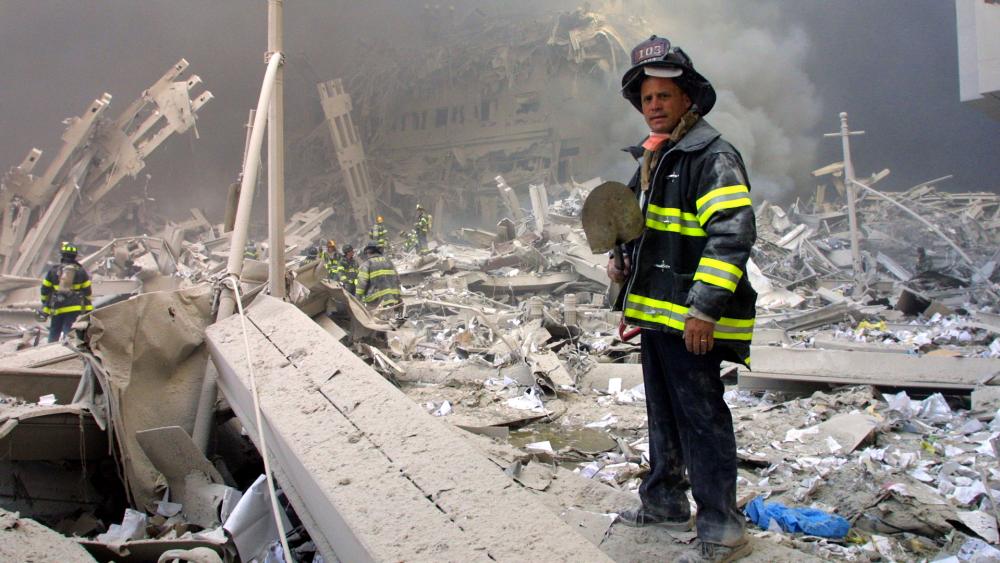 A new documentary tells a powerful 9/11 story that many Americans have likely never heard before. Unlike the horrific events that terrorists ushered in on Sept. 11, 2001, this story is one of love, compassion, hospitality, and care.

“You Are Here: A Come From Away Movie" recounts how, on one of the darkest days in modern human history, the “citizens of Gander, Newfoundland, gave voice to all that is good and generous within humanity.”

It’s a film that tells a compelling story worth exploring. On Sept. 11, 2001, as citizens and first responders in New York City, Washington, D.C., and Pennsylvania, grappled with the impact of hate and deadly chaos, the residents of a small town in the Canadian island of Newfoundland jumped into action to help thousands of people from around the world who suddenly arrived on their soil.

Listen to Peter Gentile, producer of “You Are Here,” reveal the details of this incredible story:

The remarkable acts of generosity unfolded in the hours after the 9/11 attacks when every airplane was forced to land at the nearest airport. For 38 airliners traveling near the Atlantic at the time there was nowhere else to go but Gander, Newfoundland, a small town with around 9,000 residents.

Remarkably, there were around 7,000 people on those 38 airplanes — a massive crowd considering the modest size of the town.

READ ALSO: Friendship in the Bible: 25 Bible Verses About Friendship

“That was 7,000 people who were basically thrown into this town of 9,000 — so we’re almost doubling the population,” Gentile told “The Pure Flix Podcast.”

With just six taxis and only around 400 hotel rooms available in the entire town of Gander, residents had to think quickly about what they would do to accommodate thousands of strangers from 90 different countries who abruptly landed at such a tumultuous time.

“The town of Gander and its mayor put their emergency plan into place,” he said. “They started making food and lunches for people coming off the planes.”

But it didn’t end there. While it was initially assumed that the passengers would remain in Gander for just a few hours, their stay extended five days. And still, the town stepped up to the plate.

READ ALSO: 7 Must-Read Bible Verses About the Power of Friendship

“People were put up in high schools and gymnasiums … and a lot of people opened their homes,” Gentile said. “Complete strangers coming in sleeping in their beds, showering at their place, eating with their families … basically they did it out of the goodness of their hearts.”

It’s been 18 years since the citizens of Gander stepped up to the plate, and some of the stories to emerge from the surprise landing and the kindness that subsequently unfolded continue to change lives.

Among these stories, Gentile spoke of a couple named Nick and Diane. The two were from different worlds. Nick was a British engineer and Diane was from Texas, but both landed in Gander that day.

“They sort of saw each other in a crowded room, got to speaking, got to be friendly with each other and connected,” Gentile said. “And within a year after the event they got married and they’re still together today. It’s a beautiful love story.”

Gentile said he’s hoping viewers of “You Are Here: A Come From Away Movie” will see the strength and community that unfolded in the wake of 9/11 in Gander, noting that the passengers who received assistance after the attacks were forever transformed.

“It’s opened them up to helping more than they usually would,” Gentile said. “Now they roll up their sleeves … and they go and help out.”

The producer added a message we can all use today: “Hope is contagious.”

“You Are Home” airs nationwide on the evening of Sept. 11, 2019, through Fathom Events in 800 theaters across America. Go here for more details.